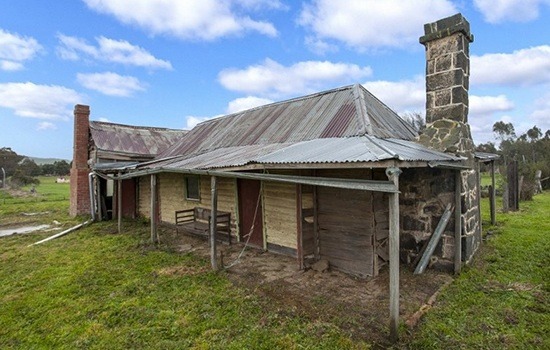 The childhood home of bushranger Ned Kelly at 44 Kelly St, Beveridge, north of Melbourne was sold on the 20th of September 2014 for $640,000. The house is believed to have been built around 1859 or 1860, when the young Ned was about four years old.

According to Heritage Victoria, the original house had just three rooms but was extended over time to have 11 rooms. And given Ned was one of eight children, it’s no wonder. Ned’s father John built the house using local stone and his knowledge of cottages from his native Ireland. It was home to the bushranger for about four years, before the family moved north to the town of Avenel, where the young Ned went to school. Today this is the only one of Ned Kelly’s childhood homes that remains intact and it carries a heritage register overlay thanks to its architectural and historical significance. It’s also a popular stop on the Ned Kelly trail, that follows the story of the bushranger’s life.

Mona Vale mansion – a house built for a year