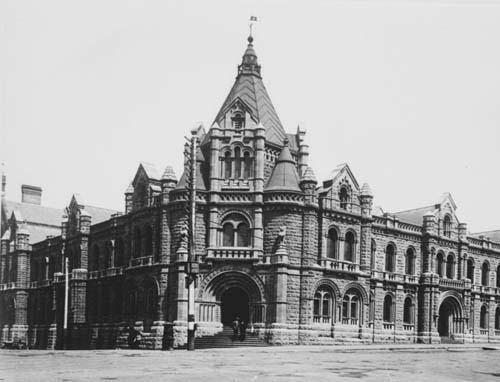 On the 10th of August 1925, William Smith was murdered while working on the Greystone Station at Rowsey, near Bacchus Marsh, by Thomas Alexander Ferguson, aged 35 years. Thomas Alexander Ferguson was charged at the Melbourne City Court with the murder of William Smith Dean, near Bacchus Marsh. Ferguson, whose demeanour was peculiar, said rapidly and loudly, “I wish to state that I have a packet of Chinese opium. There are lying mongrels in the dens in my hills trying to pross me with wicked persons, with whom I will have nothing to do.” Mr Knight, P.M., ordered his removal. As Ferguson hurried from the dock he kept up a fire of Dean was has declared insane.

Bones Found – Believed to be the remains of a Lunatic