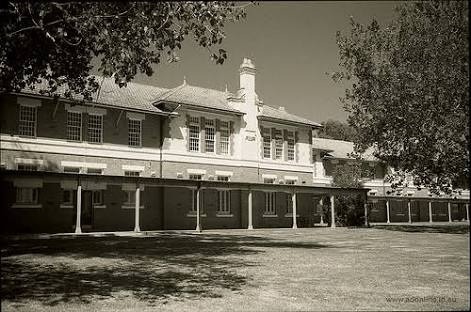 At the monthly meeting of the Whittlesea Shire Council a letter was received from Mr. H. O. White, M.L.A., enclosing a copy of a letter from the Chief Secretary (Mr Bailey) following representations made by Mr. White on the council’s request for closer supervision over mental patient’s at Mont Park Asylum, Melbourne following the tragedy at Whittlesea. Mr. Bailey submitted a report from the medical superintendent in which he said that he could not remember’ a single complaint from residents that escaped patients had damaged property or endangered the safety of any person. Those patients who had escaped had in no way been a menace to the public. The majority of escapes could be prevented by close confinement and constant patrol of the ground by attendants, but this would deprive the patients of the few privileges and enjoyments they now possessed, would be detrimental to the prospects of recovery and could scarcely be considered humane. The hospital existed for the treatment and if possible, cure of mental patients, and to that end it was desirable that as much liberty as possible be allowed them. The community was not likely to be endangered by occasional escapees. Letters were received from the Heldelberg, Preston, and Eltham’ Councils supporting Whittlesea’s – protest. Cr. Gardiner said that he under stood that institution’s difficulty but they should not wait until something happened before taking action. Cr. McDonald thought more care should be taken. He had been out with Constable Brough three inmates looking’ for escaped lunatics. In one case Constable Brough was out for three days after one man. Cr Gardiner – Constable Ellis has caught ‘156 escaped’ lunatics sincer he, has been’ in Epping (less than two years).’One man frothed at the mouth and if he had come to a farmhouse where only a woman was at home, he might have done anything. On the motion ,of Cr. Gardiner, seconded by Cr. Reid, it was agreed that further efforts should be made to have the ” patients under stricter supervision.

Convict to be sent to New South Wales