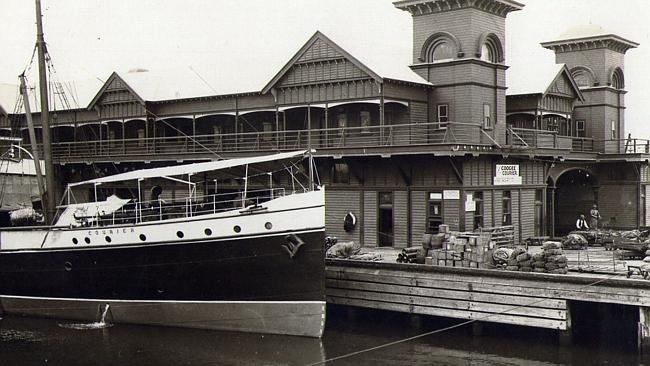 How the Geelong gaol and police authorities contrived to rid Geelong of Emily Green by transporting her to Melbourne is thus related by the Geelong Advertiser :-” On this day in 1873, it was arranged that she should be conducted from gaol, on her liberation, to the Despatch steamer, by Sergeant Morton, who had instructions to pay her fare in the saloon, and give her a half-crown on leaving, at the expense of the poor-box. This was carried out, but on the arrival of the pair at the steamer, Captain Webb, who had on a previous occasion to place two men in charge of Emily, at once objected to this passenger. The sergeant remonstrated, and Emily indignantly remarked that he (the captain) must he a strange man to object to the society of a lady.’ The captain, however, was not to be persuaded, and Morton and his fair companion were obliged to march to the railway terminus, where they arrived just in time to witness the depaitureof the Melbourne train. Emily was reconnected to the watch house, where she dined with a congenial fruiterer, and boasted that when she got to Melbourne she would disguise herself in mourning, get on board the steamer, and make things ‘hot for the skipper.’ Eventually she was placed inside a railway carriage for Melbourne, and here a most amusing adven- ture occurred. Owing to the accident tho only carriages available were first-class ones, and into one of these the notorious Emily Green was placed. She was followed by Mr. Panton, the police magistrate, and the two were in danger of being unavoidably compelled to share the same compartment, when Mr. Panton suddenly recognising the features of his companion traveller, exclaimed in horror, ‘Emily Green.’ Of course he demanded at once to be liberated, and found a more suitable and less dangerous carriage, while Emily was left alone in her glory.’ ”