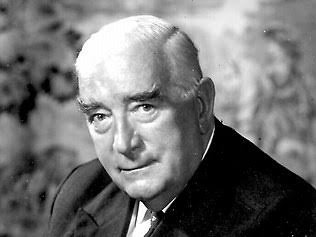 Robert Gordon Menzies was born in the Victorian town of Jeparit on 20 December 1894. In 1928 he entered politics after being elected to Victoria’s Legislative Council for East Yarra. After six years in Victorian state politics as Attorney-General and Minister for Railways (1928–34), he was elected to federal parliament as member for Kooyong. On April 18, 1939, he was elected leader of the United Australia Party following the death of Joseph Lyons eleven days earlier, and became Prime Minister on 26 April 1939. On 28 August 1941, party dissension led Menzies to resign as Prime Minister. However, after forming the Liberal Party of Australia from the remnants of the UAP in 1944, Menzies regrouped to become Prime Minister for the second time on 19 December 1949 when the new Liberal Party, in coalition with the Country Party, beat Labor. He then remained as Prime Minister for another 16 years, a record which has not been broken in Australian politics. He retired in 1966, and died in 1978.