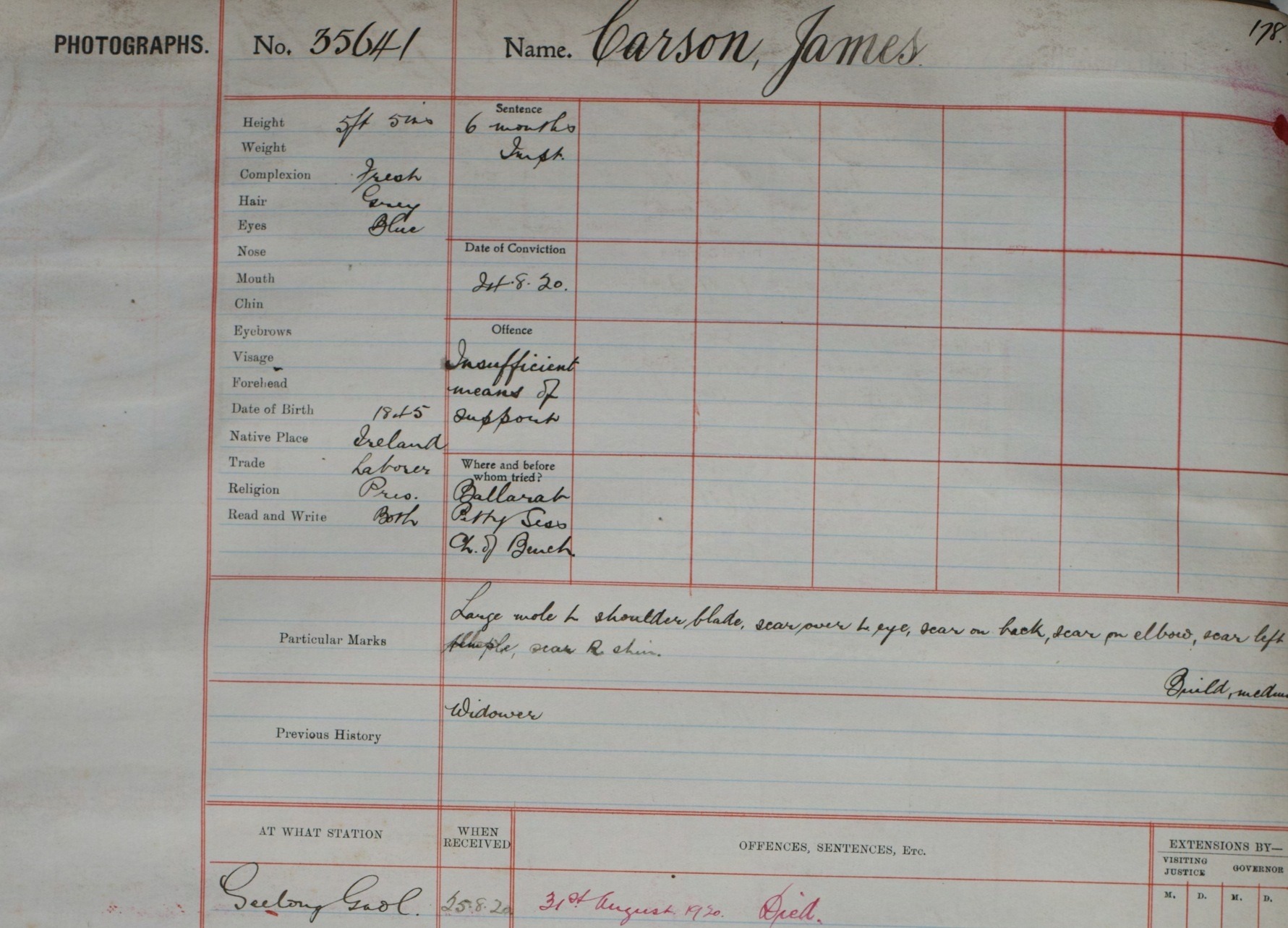 Jason Carson, a laborer, aged 75 years, died at 3am on this day in 1920, at the Geelong Gaol. He was convicted at Ballarat on August 24th for being idle and disorderly, and was sentenced to six mouths’ imprisonment at the Geelong Gaol. He was received here on August 25th and since his arrival had been under the care of Dr. Croker. Mr. W. R. Anderson will hold a formal inquest this morning at 11.30 o’clock. The last death at the Gaol occurred a month ago, and pre- vious to that there had not been a. death for some years.