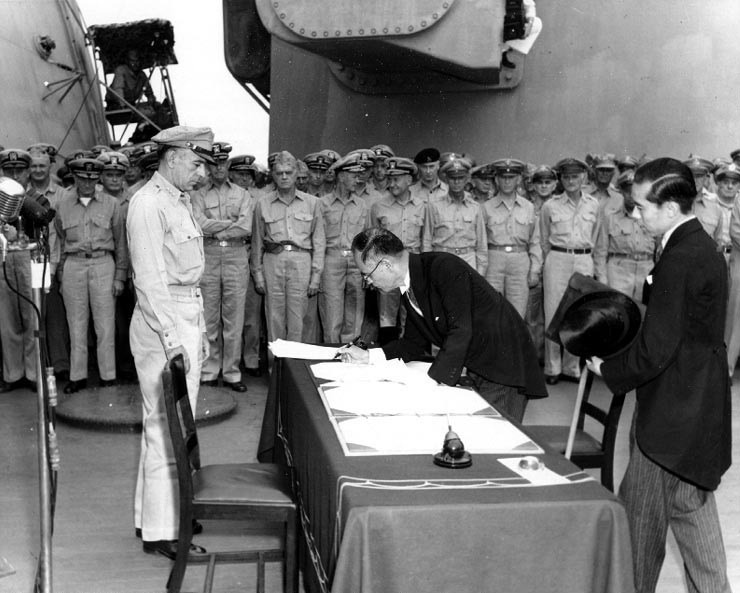 Japan, a major antagonist in WWII, had suffered catastrophic losses following the bombing of Hiroshima and Nagasaki, and conventional attacks upon other major cities, such as the firebombing of Tokyo. The Soviet invasion of Manchuria debilitated the only significant forces the Japanese still had left. The USA had captured the islands of Iwo Jima and Okinawa, bringing the Japanese homeland within range of naval and air attack. Hundreds of thousands of people had been killed, and millions more were casualties or refugees of war. Japan surrendered on 14 August 1945, on the day known as Victory in the Pacific Day in Australia, and Victory over Japan Day elsewhere. The official surrender papers were signed on 2 September 1945, aboard the USS Missouri in Tokyo Bay, in the presence of 50 Allied generals and other officials.