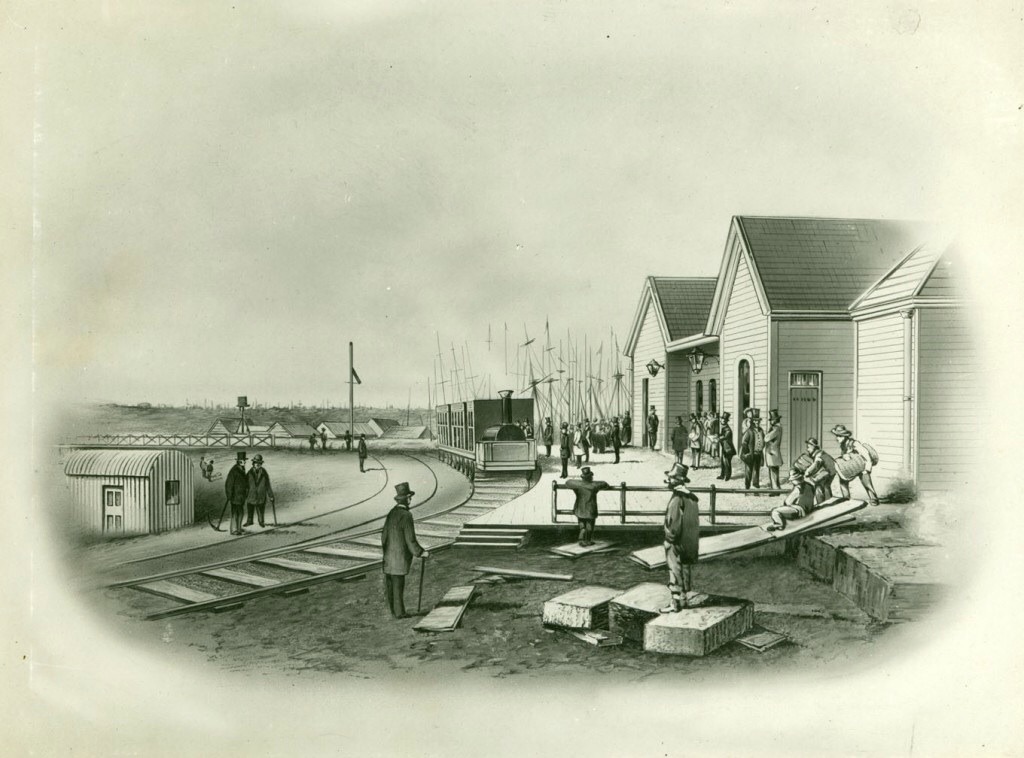 With the discovery of gold in Victoria in 1851 Melbourne became the richest city in the world. With this Victoria became the first Australian state to have a completed railway line. Although South Australia had begun operations of horse-drawn trains on 18 May 1854 between Goolwa and Port Elliot, mechanical railways were first established in Victoria in 1854, with work on the line commencing in March 1853. At first, trains were ordered from Robert Stephenson and Company of the United Kingdom, but shipping delays meant that the first trains had to be built locally. Robertson, Martin and Smith built Australia’s first steam locomotive in ten weeks at a cost of £2700. The first steam train in Australia, consisting of two first-class carriages and one second-class carriage, made its maiden voyage on 12 September 1854. It ran along the four kilometre track from Flinders Street to Sandridge, now Port Melbourne, a ten-minute journey. Aboard the first train were Lieutenant-Governor Sir Charles Hotham and Lady Hotham. Upon arriving at its destination at Station Pier, the train was met with gun-salutes by the warships HMS Electra and HMS Fantome. The following year, the locomotives ordered from the UK arrived, and were named Melbourne, Sandridge, Victoria and Yarra.

Letter Thrown Over The Fence Of The Governor’s Quarters
Scroll to top Book online now!