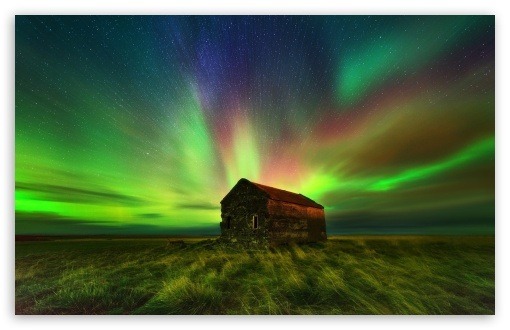 Captain Cook, the first European to chart Australia’s eastern coast, was hired in 1766 by the Royal Society to travel to the Pacific Ocean to observe and record the transit of Venus across the Sun in mid-1769. Following this, Cook’s next orders were to search the south Pacific for Terra Australis Incognita, the great southern continent. Cook came across New Zealand, which Abel Tasman had discovered in 1642, and spent some months there, charting the coastline. Nearly a year later, Cook set sail west for New Holland, which was later to become Australia. Some time after beginning his journey up the eastern coast of the continent, Cook became the first European to note the appearance of the Aurora Australis. On 16 September 1770, Cook described a phenomenon which was similar in some ways to the Aurora Borealis, but different in other ways: they had “a dull reddish light” with other “rays of a brighter coloured light” passing between them, and “entirely without the trembling or vibratory motion” he had seen in the Aurora Borealis. By this time, Cook was as far north as Timor, and the Aurora Australis is not usually seen at that latitude. However, considerable solar activity in September 1770 is believed to have contributed to the appearance of the phenomenon.