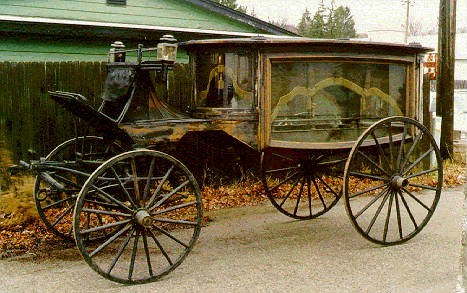 The Burwood police are investigating a story told them by an undertaker concerning elaborate arrangements made with him for a funeral on Tuesday.

A woman who is believed to have no family, died in a private hospital at Burwood, and a man, whom the undertaker understood to be her husband, ordered an expensive funeral. An elaborate polished oak coffin, costing £40, was ordered, also several mourning coaches, and wreath costing £2 2s.

Yesterday the undertaker, the mourners, and the clergyman waited for the “husband” of the dead woman, but he did not arrive. The undertaker, refusing to allow the funeral to be carried out, cancelled the arrangements until sufficient money to pay expenses was forthcoming. The mourners commandeered the coaches , and searched Canterbury in vain for the missing man.

The police have learned that the man’s employer was with him at 2 p.m. In a hotel which they left in the employer’s car to go to the funeral chambers. On the way the “widower” asked his employer to stop and allow him to enter a house to get money. There the employer waited for some time; and then made a search of the house, but found no trace of the man.

So far the undertaker, the private hospital, and the Macquarie Street specialist who attended the woman are still unpaid and the “widowed husband” is missing.

The woman will probably be given a paupers funeral.