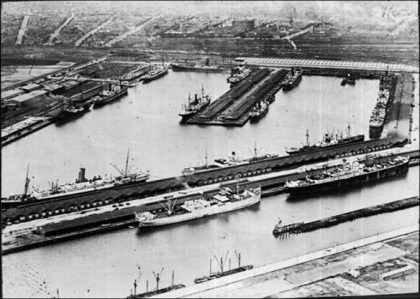 Strange scenes were witnessed at Victoria Dock, when interstate buyers were so eager to secure pedigreed stud sheep that reached Melbourne from oversea that they wanted an auction sale on the wharf. This effort failed, but a sale was held in the city half an hour after the sheep were unloaded, and the first of them were sold before the sheep reached quarantine less than a mile from the dock. The consignment was brought to Australia by Mr. W. R. Ross, and was due in Melbourne nearly a fortnight earlier. Breeders from New South Wales, South Australia, and Victoria stormed the ship. A Dorset Horn that won the championship at the centennial English show was sold to a New South Wales breeder for 250 guineas.

The Holey Dollar was circulated in NSW to combat currency shortages