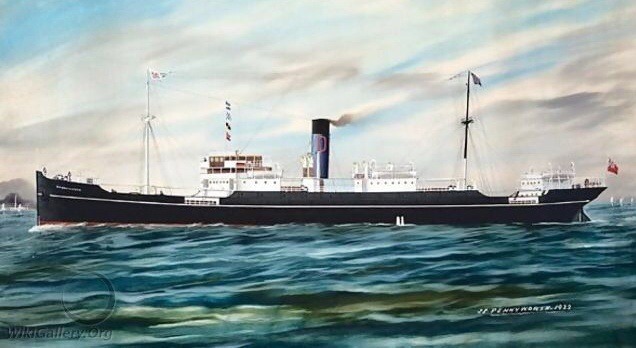 A disturbance on board the S.S. Pennyworth at the Railway Pier on October 4, resulted in the appearance of William John Dunlee, a seaman, in the Geelong City Court. He pleaded guilty to two charges, both of which were preferred by Constable P. A. Browne. His first was that he wilfully damaged two doors and two closed ports, the properly of R. S. Dalgleish and Co. Where he was fine £10, in default one months imprisonment, with hard labor, was imposed. On a second charge of being drunk and disorderly he was fined £5, in default 24 hours imprisonment. The fines were not paid, and Dunlee went to gaol. Evidence was given that Dunlee was 22 years of age. It was reported that Dunlee had threatened officers of the ship with a knife. The chief engineer and second officer of the Pennyworth stated that Dunlee had been signed on at New Zealand, and had only been on the ship for a few days. Dunlee had no excuse to make for his conduct.