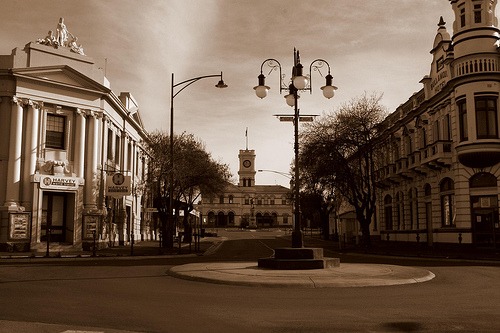 A love affair at Maryborough between a man (38) and a girl (16) ended on the 11th October 1924 in a double tragedy, when Charles W. Bayldon shot Myrtle Moore dead and then committed suicide. The couple had been engaged to be married, but the girl had decided to break the engagement. The tragedy occurred on a road a few miles from the town. Bayldon was a fisherman and also ran a motor-bus.