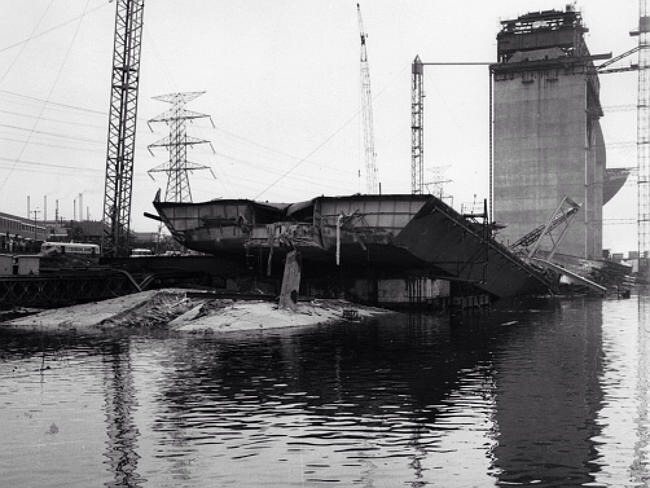 The West Gate Bridge, spans the Yarra River in Melbourne, Victoria, was completed in 1978. Its design is cable-stayed, consisting of several pillars, with cables supporting the roadbed. The bridge links the inner city and Melbourne’s eastern suburbs with the western suburbs. Two years after construction on the bridge commenced, it was necessary to fix a height discrepancy. It was proposed that the higher side of the bridge be weighted down with 8 x 10 tonne concrete blocks. However, due to structural weakness, the bridge would not support the weight of the blocks. On 15 October 1970 one of the spans collapsed, falling 50m below. 35 construction workers were killed. A Royal Commission attributed the collapse of the bridge to two causes; the structural design by designers Freeman Fox and Partners, and an unusual method of erection by World Services and Construction, the original contractors of the project. The incident had considerable implications for Australia’s workplace safety laws. After the accident, workers were given greater input into workplace safety committees, gaining the right to question the wisdom and action of their supervisors regarding potentially dangerous practices in the workplace.