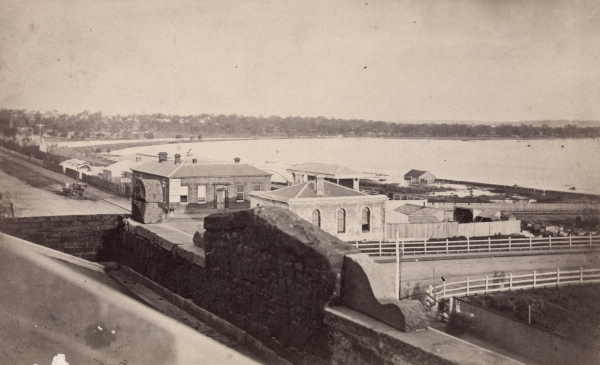 At the Morgue on Saturday, Dr. Cole, P M , city coroner, investigated the shooting tragedy at a house in Nelson street, Abbotsford, on October 27. After a quarrel, William Green, aged 32 years shot Eileen Veronica McCormack, aged 25 years, his housekeeper, who died instantly. Green then committed suicide. Mary Green, of Docker street, Richmond, said that William Green was her son. On the day of the shooting Green asked his housekeeper to come inside, as he wanted to speak to her. McCormack refused. Green took her by the arm and pulled her inside. He then caught her by the throat, and it seemed as if he was strangling her. Mrs. Green tried to pull him away and struck him over the face. Green caught hold of McCormack’s legs and threw her on the ground. Mrs. Green at once left to obtain help. During her absence shots were fired. The bedroom was full of smoke, and Green and McCormack were found dead on the floor. McCormack’s infant was sitting beside its mother, playing with the revolver.  It was stated that Green was a married man, living apart from his wife, and McCormack a married woman, living apart from her husband. Dr. Cole found that the deceased died from gun shot wounds. He was of the opinion that the shots were fired by Green but there was not sufficient evidence to show his state of mind at the time.