A 30-year-old woman broke down and cried when she was committed for trial at the Coroner’s Court to day for the murder of her six-months-old baby.  Mr H. W. Pascoe, SM, committed Mrs Patricia Louise Coolen. of Pembroke Road, Mooroolbark, to appear in the Supreme Court on March 2.  Mrs Coolen was charged with the murder of Sylvia Maree Coolen on October 23, 1969.  First Constable D. Grigg of Croydon told the Court Mrs Coolen was nursing her baby and crying when, he went to her house after a phone call to police. My God, I think my baby’s dead. I’ve killed her”, Mrs Coolen had said to him. Dr James McNamara said that a post mortem examination had revealed the baby had died of strangulation.

Arthur William Allwright, an assistant chemist, was committed for trial by the Melbourne city coroner (Dr. R. H. Cole) on November 28, on a charge of the wilful murder of George Simpson, aged 59 years, of 120 Manningtree road, Hawthorn. Evidence was given that on October 23 Mr. Simpson became ill and was attended by Dr. W. R. Boyd, of Richmond, who prescribed for him. The prescriptions (a draught and some powders which should have contained acid acetylsal and barbitone) were dispensed at the pharmacy of Mr. D. ‘A. Cossar, 84 Burwood road, Hawthorn. On October 29, after taking one of the powders, Mr. Simpson became unconscious, and remained so until his death on November 1. Dr. Cole said that the case looked more like one of murder than of manslaughter. Death was due to narcotic poison, which the deceased received in the sachets containing the powders made up at the pharmacy of D. A. Cossar. These powders had contained heroin, which in its action was allied with morphia. The question arose, which of the two persons in the shop had dispensed the drug? He thought it was evident that Allwright had done so. His evidence in the witness-box was unsatisfactory, whereas the evidence, of the other witness (Eileen Alice Angwin, a qualified chemist, employed by Mr. Cossar) seemed satisfactory. The motive was difficult to judge. There was, however, a suggestion of motive in the fact that Allwright did not approve of a woman in a chemist’s shop. If he knew what he was doing, it was a case of murder. He (Dr. Cole) committed Allwright for trial on that charge. 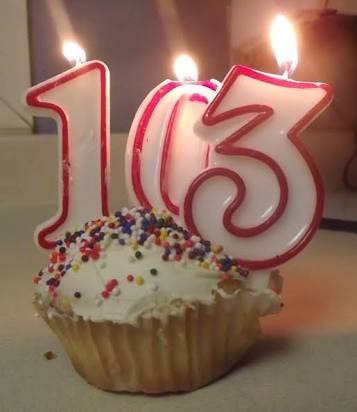 Mrs. Ellen Bell, who had resided in Australia for 75 years, died on this day in 1929 at
her daughter’s residence at Middle Park, Victoria aged 103. For the greater part of the 71 years she lived near Kyneton.

Percy Ramage, whoso frequent branches of gaol discipline brought him into notoriety while serving a sentence for a serious assault upon Constable Luke in Melbourne some years ago, was liberated from Pentridge gaol, on this day in 1904, and arrived in Geelong by steamer. Shortly after his arrival the local police received a telegram stating that Ramage was wanted for an assault committed upon a police constable in Melbourne. A search was made for Ramage, and he was found on the beach by Plain-clothes Constable Gleeson, who, with Senior Constable Meredith and Constable O’Mara, took him to the watch house, and placed him under arrest pending the arrival of a warrant from Melbourne. The police anticipated trouble in making ‘the arrest, but Ramage surprised them by going quietly to the watch house. The original sentence which Ramage received for the assault upon Constable Luke was five years, but he served six years altogether, and in response to a petition two years of his additional imprisonment were remitted at the Geelong Gaol.

An R.A.A.F sergeant. Ronald Joseph Cox (21), of East Sale, was charged at Sale yesterday with unlawfully killing at Lake King on October 22, Olive Mabel Gee, Anne Mason and Herbert Salton. Detective B. Long said Cox was the pilot of an R.A.A.F. crash launch on Lake King, near Lakes Entrance. The launch crashed into a passenger boat and three people lost their lives as a result. It was alleged that Cox was negligent in handling the R.A.A.F. launch. An adjournment to November 18 was granted and bail was fixed at £50 with a similar surety.

The coroner yesterday hold an inquiry into the deaths of Albert Edward Greenwood and Charlotte Williams, whose bodies were found in a room at the Whitehall apartments, Bank place, Melbourne, on October 22. The deceased were Albert Edward Greenwood, 29 years of age, formerly an accountant in the Audit Department of the Public Service, Perth, and Charlotte Williams, 23 years of age, typist, also of Perth. The Coroner said there was no doubt that Greenwood committed murder, killing the woman by poison, and then taking his own life.

A verdict to that effect was recorded

Two shareholders of the Samaria Butter Factory in Benalla, North East Victoria had a dispute. Terrence Monaghan, challenged Patrick Larkin to a duel at the factory at 6am on this day in 1894. The only problem was that Terrence issued Patrick the challenged by a formal note, which was crumpled up unread by Patrick and placed in his pocket. When he found the note again a few days later and read it contents, he thought it prudent to acquire Constable Ellis of the time and place and suggest he go in his place. Ellis kept the appointment, and found Terrence waiting at the butter factor, not with a duelling pistol but with a massive Martini Henry Riffle loaded with a ball cartridge. The Constable arrested Terrence on the charged of in sporting conduct.

The Geelong Gaol was re-proclaimed as a gaol on 22nd October 1877. In 1924, part of the gaol was set aside as a Reformatory Prison. It remained as a gaol up until the outbreak of World War 2 when it was utilised to house the Army Detention Barracks. The Unit housed in the Geelong Gaol was 8 Detention Barracks, Geelong but was generally known as Geelong Detention Barracks. At one time it held up to 192 soldiers. Although it was now an army detention, there were still some escapes!
In 1947, it was reproclaimed as a gaol. In 1958 the Gaol was proclaimed as a Training Prison and in this role was used to educate prisoners in various trades including printing, sign writing, painting, tailoring, brick laying and toy making. Capacity of the gaol was 130 and in 1960 there were 119 inmates. The tailoring workshop was originally located upstairs on the second floor, which was previously the hospital and chapel.

On the 24th of August 1923, Angus Murray, who is serving a sentence of 15 years for robbery under arms, mace his escape, by mean’s of a small saw, he removed of the stones at the base of his window. The bars were then loosened, leaving him sufficient room to squeeze through. Murray torn his bedclothes into shreds to form a rope to lower himself to the ground. He was then able to scale the outside wall were a motor car which was waiting for him. A boy, passing the Gaol at the time of the escape saw Murray clamber down from his cell and spring into a car. The police scoured the district, but could not find any trace of the fugitive. On the morning of the 9th of October 1923, Murray shoot Mr Berriman the manager of the Glenferrie branch of the Commercial Bank and robbed him of £1851. Berriman died the on the 22nd of October. A large force of detectives raided, a house in St, Kilda at 5am, arresting Angus Murray, Leslie (Squlazy) Taylor, and Ida Pender. Angus Murray was charged with the Glenferrie robbery and with escaping from custody. Taylor and Pender were locked up on holding charges, but wore later released. A few days after Berriman’s death Murray was charged with his murder and on 14th of April 1924, he was executed in the Melbourne Gaol. Murray stood on the scaffold and made the following statement: “Never in my life have I done anything to justify the extreme penalty being passed upon me. I have prayed hard for those who have acted against me, and I hope that those whom I have injured will forgive me.” Turning to the hangman as the rope was passed around his neck, he said: “Pull it tight.” Murray’s death was instantaneous.

On the 22nd of October 1854, Ballarat Catholics met to protest the treatment of Father Smyth. The next day, the arrests of miners McIntyre and Fletcher for the Eureka Hotel fire on the 17th of October in Ballarat, Victoria provoked a mass meeting which attracted 4,000 miners. The meeting resolved to establish a ‘Digger’s Rights Society’, to protect their rights. On the 1st of November 1854, 3,000 miners met once again at Bakery Hill, Ballarat. They were addressed by Thomas Kennedy, Henry Holyoake, George Black and Henry Ross. The diggers were further angered by the arrest of another seven of their number for the Eureka Hotel fire. These events lead to the Battle of the Eureka Stockade which was fought between miners and the Colonial forces of Australia on the 3rd of December 1854 at Eureka Lead, Ballarat. The rebellion lasted for less than half an hour and resulted in the deaths of at least 27 people, the majority of whom were rebels.