Australia’s National Anthem performed for the first time in public

Australia’s national anthem, ‘Advance Australia Fair was composed by Scottish-born composer Peter Dodds McCormick, who arrived in Sydney in 1855, taking up a position as a public school teacher in New South Wales. McCormick was heavily involved in the community as well as the Scottish Presbyterian church, and he developed a reputation for both his singing voice and his compositions. He composed around 30 patriotic songs, one of which was ‘Advance Australia Fair’. ‘Advance Australia Fair’ was first performed in public on 30 November 1878. The occasion was the St Andrew’s Day concert of the Highland Society. Initially, the song was published under the pseudonym of “Amicus”, which is Latin for ‘friend. In line with its nationalistic flavour, ‘Advance Australia Fair’ was performed by a 10,000-voice choir at the inauguration Federation ceremony for the proclamation of the Commonwealth of Australia, on 1 January 1901. McCormick was subsequently paid one hundred pounds for his composition in 1907, and he registered it for copyright in 1915. Early in the twentieth century, the song was proposed as a possible national anthem for Australia, to replace the Royal anthem ‘God Save the King’ (later ‘Queen’), but no official decision was made. The first of many competitions to find a new national anthem was held in 1840, with subsequent quests and competitions in ensuing years, including the lead-up to the 1956 Melbourne Olympics. Another Australia-wide national anthem quest was held in 1972-3. Following this, in 1977, the government held a referendum and attached a national plebiscite to choose a new anthem. ‘Advance Australia Fair’ won with 43% against Banjo Paterson’s ‘Waltzing Matilda’ with 28% and Carl Linger’s ‘Song of Australia’ with 10%. In favour of keeping ‘God Save the Queen were 19%. In 1984, the Australian government made the final decision to change the national anthem as it sought to reinforce its independence from England. ‘Advance Australia Fair’ was adopted as the National anthem of Australia on 19 April 1984. 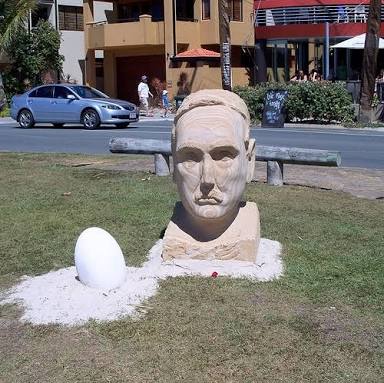 Arrest those men, constable! – Prime Minister William Morris Hughes, was in Warwick, Queensland on this day in 1917, when he was hit by an egg. When the policemen refused to arrest him on the grounds that he was bound the enforce only State laws, Hughes decided to form the Commonwealth Police.

“Made in Australia, For Australia”.

These are the words spoken by Australian Prime Minister Ben Chifley when he launched the Holden FX on 29 November 1948. The real name of the Holden FX is 48/215. ’48 was the year it started production, and 215 indicated a Standard Sedan. The name “FX” originated as an unofficial designation within Holden after 1953, and was a reference to the updated suspension of that year. The Holden company began as ‘J.A. Holden & Co’, a saddlery business in 1856, and moved into car production in 1908. By 1926, Holden had an assembly plant in each of Australia’s mainland states, but due to the repercussions of the great Depression, production fell dramatically, from 34,000 units annually in 1930 to just 1,651 units in 1931. In that year, it became a subsidiary of the US-based General Motors (GM). Post-World War II Australia was a time when only one in eight people owned an automobile, and many of these were American styled cars. Prior to the close of World War II, the Australian Government put into place initiatives to encourage an Australian automotive industry. Both GM and Ford responded to the government, making proposals for the production of the first Australian designed car. Although Ford’s outline was preferred by the government, the Holden proposal required less financial assistance. Holden’s managing director, Laurence Hartnett, wished to develop a local design, but GM wanted an American design. Compromises were made, and the final design was based on a previously rejected post-war proposed Chevrolet. Thus, in 1948, the Holden was launched – the first mass-produced Australian car. Although the automobile’s official designation was the 48/215, it was marketed as the “Holden”. This was to honour Sir Edward Holden, the company’s first chairman and grandson of J.A. Holden, who established the original Holden saddlery. Other names that were considered included the ‘Austral’, ‘Woomerah’, ‘Boomerang’, ‘Melba’, ‘GeM’, ‘Emu’ and even the ‘Canbra’, a name derived from Australia’s capital city. The original retail price was AU£760.

After reaching the extreme age of 106 years Mr. William Smith died in the Old
Colonists’ Home, North Fitzroy, on this day in 1918. Born in Devonshire in 1812, he came to Australia when 21 as a botanist with the expedition to explore the country west of Port Jackson. It is believed his real name was John Roberts, and that he was related to the late Lord Roberts. 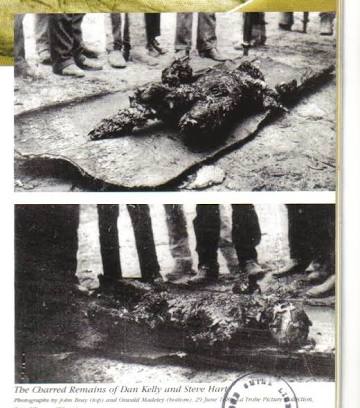 Charges against Thomas Gerald Buckley, 40, of Droop st, Footscray, and Clarence Gordon McGlynn, 38, of Moore st, Footscray, of having murdered Malcolm Appleby at Footscray on November 27, were struck out in the City Court yesterday. An open finding was recorded at the inquest on Monday.

The State Censor has decided to remove the ban on the exhibition of the Australian film, “The Haunted Barn.” Holding that it was liable to frighten children between the ages of six and 16, the censor previously directed it not to be exhibited to children between these ages.