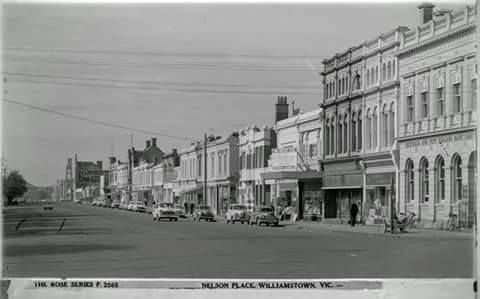 That John Joseph Brown, 29, labourer, of Nelson-pl., Williamstown, had led, his mother “an awful life” and threatened to murder her was stated at the inquiry held by Mr. Tingate, city coroner, on Wednesday, to determine the circumstances in which Brown was fatally shot on November 4, allegedly by his young brother, Frank William Brown, 14 years old. Mr. Tingate recorded a finding that he had met his death from gunshot wounds inflicted by Frank Brown. Bail was fixed at £300, with a like surety. Mrs. Teresa Victoria Brown said that she had been repeatedly abused by her son John, who also had threatened to kill her. With her children she had to have meals at a neighbour’s home because they could not get peace when her son John was at home. To Mr. Goldberg, who appeared for Frank Brown, Mrs. Brown said that John had led her an awful life. His conduct had almost reduced her to a nervous wreck. John had been a “lone wolf” he never had friends because of his disposition, which was surly and disagreeable. He always seemed to have a look of villainy in his eyes. Mrs. Mary Adelaide Gilbert, of Ann-st., Williamstown, said that Mrs. Brown and some of her children had meals at her home, because they could not withstand the abuse of John Brown. At 6.40p.m., on November 4 Frankie left her home after tea, and returned about 10 minutes later and said: “I’ve shot Jackie’. Frankie also told witness that he had taken the gun from her home through a window, and, when asked why he had shot Jackie, he said: “Mum will be all right now.” To Mr. Goldberg, Mrs. Gilbert said that she had known John Brown for about six years, and, he could not be described as anything else but a beast.