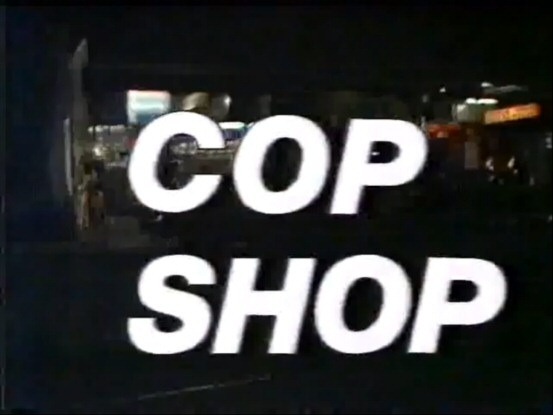 Cop Shop was a long running Australian police drama television series produced by Crawford Productions that ran for eight seasons between the 5th of November 1977 and July 1984. It comprised 582 one-hour episodes. The show revolved around the everyday operations of both the uniformed police officers and the plain-clothes detectives of the fictional Riverside Police Station. It also took a significant interest in the private lives of the characters. While many Crawfords Productions police dramas combined videotaped interiors with location footage shot on 16mm film, Cop Shop was shot entirely on video, including external scenes. Two one-hour episodes were broadcast each week and featured a specific police investigation and a guest cast whose stories formed a self-contained narrative block. Alongside this the ongoing narratives of the regular characters continued in longer, more open-ended soap opera-style story threads. This same soap opera-drama series hybrid format was also used in the series Skyways, A Country Practice and Carson’s Law. After an eight-year run, the show completed filming its last episode on 22 December 1983 and the final episodes were screened in the first half of 1984. Cop Shop won many awards including Logie Awards for most popular series and most popular actors, with Peter Adams and Paula Duncan winning multiple times. The show also won a number of other industry awards. Filmed on location at the Old City WatchHouse345 Russell St, Melbourne.

Death of an Infant
Scroll to top Book online now!