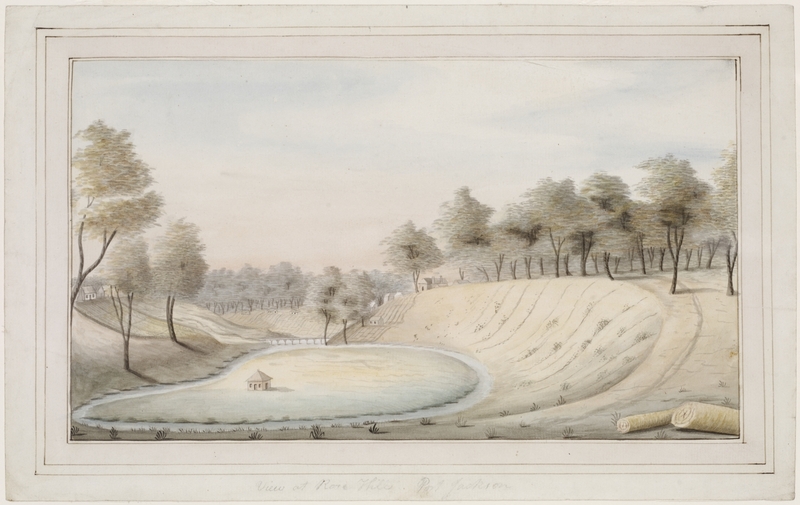 James Ruse was born on a farm in Cornwall around 1759. At age 22, he was convicted of burglary and, due to severe over-crowding in British gaols, spent over four years on the prison hulks in Plymouth Harbour. He was one of the convicts who was transported in the First Fleet to New South Wales, sailing on the ‘Scarborough’.
Governor Phillip was aware of the need to build a working, farming colony as soon as possible. Thus, on 21 November 1789, Phillip selected Ruse to go to Rose Hill (now Parramatta), west of Sydney Town, and establish “Experiment Farm”, the colony’s first working farm. Ruse was allocated one and a half acres of already cleared ground and assisted in clearing a further five acres. He was given two sows and six hens and a deal was made for him to be fed and clothed from the public store for 15 months. Within a year, Ruse had successfully farmed the site, proving that it was possible for new settlers to become self-sufficient, and to feed a family with relatively little assistance to begin with. As a result of the success of Ruse’s venture, he was granted another 30 acres in March 1791, in the colony’s first official, permanent land grant. This was in addition to the area he was already occupying.