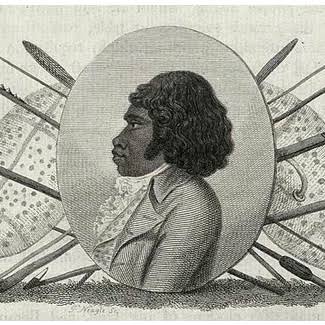 Bennelong, the Aborigine, is captured, to be used as an intermediary between the Aboriginal and white cultures.

The Aborigine Bennelong was a senior man of the Eora, a Koori, people of the Port Jackson area, when the First Fleet arrived in Australia, in 1788. He was captured on 25 November 1789, for the purpose of being used as a mediary between the white and Aboriginal cultures. The Governor of New South Wales, Captain Arthur Phillip, wished to learn about the language and customs of the indigenous people. Bennelong willingly liaised between the cultures, and adopted European dress and other ways. His intervention was crucial when Phillip was speared by local Aborigines as, by persuading the Governor that the attack was caused by a misunderstanding, further violence was avoided. While Governor Phillip’s intentions were honourable, the Aborigines were not people to be captured and used for white purposes. Bennelong travelled with Phillip to England in 1792, and returned to Australia in 1795. Ultimately, he suffered ostracism from the Aborigines when he found it too difficult to integrate into the European culture, and sought to return to his own people. He died on 3 January 1813.