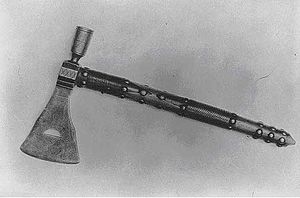 Albert James Barter, aged 44, was committed for trial on a charge of murdering Mrs Catherine Lanson, aged 68, his mother-ln-law in Melbourne on the 8th November 1924. Mrs Lawson was killed by blows from a tomahawk. Barter was sent to Geelong gaol, so he could be mentally examined.