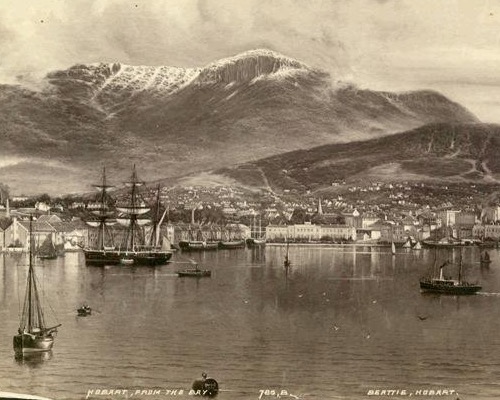 The colony of Van Diemen’s Land becomes known as Tasmania

Fears that the French would colonise Van Diemen’s Land caused the British to establish a small settlement on the Derwent River in 1803. 33 of the 49 people in the group were convicts, and the settlement continued to receive convicts re-shipped from New South Wales or Norfolk Island up until 1812. Regular shipments of convicts directly from Britain began in 1818. A second penal colony was established at Macquarie Harbour on the west coast of Van Diemen’s Land in 1822, and three years later, the British Government separated Van Dieman’s Land from New South Wales. Macquarie Harbour was eventually closed down, to be replaced by Port Arthur. Transportation of convicts to Van Diemen’s Land ended in 1853. On 26 November 1855, the colony officially became known as Tasmania and elections for parliament were held the following year.