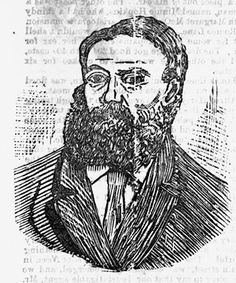 The adjourned inquest on the body of Ann Hastings, who was murdered near Mornington on Friday, December 1, was continued by Mr. Candler at Mornington yesterday. The husband of the deceased woman, William Hastings, was in custody on suspicion of being concerned in her death. Dr. Neild, who had made the post-mortem examination of the body, was examined, and give evidence concerning the injuries the deceased had received. He considered that death had resulted from the fracture of the skull, and in his opinion the injury had been caused by violence, probably with an instrument such as an axe or hammer. The son of the deceased, a boy of 14, was examined. He stated that on December 1 he and his brother went to Frankston to school, leaving their father and mother at home. They never saw their mother again alive. That night their father did not return home, and next day expressed wonder as to where his wife was. A daughter of deceased, a girl of 15, was also examined, and other evidence of a circumstantial character was taken. The case for the Crown was closed, and some witnesses were examined for the defence.   The prisoner elected to reserve his defence. The inquest lasted until considerably past midnight, and resulted in a verdict of wilful murder being returned against the prisoner.