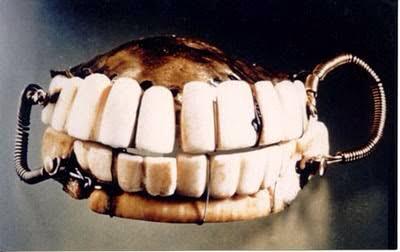 On December the 28th, James Hudmett, a single man, who resides at Richmond, called at the Melbourne Hospital and informed the doctor there that he had swallowed his false teeth. He was admitted as an in-patient, symptoms of an alarming nature became apparent, and a few minutes before midnight Hudmett died.