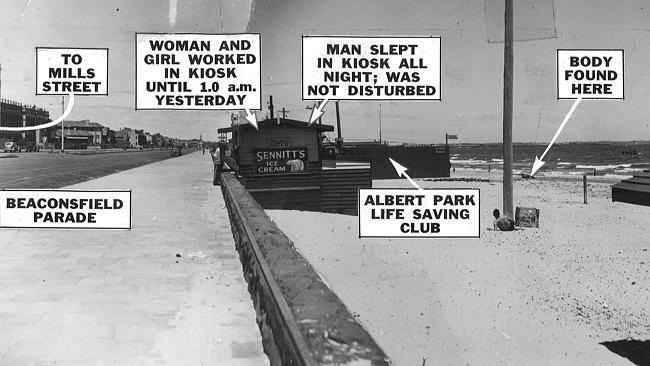 John Bryan Kerr (25), former radio announcer, faced three trial on a charge of having murdered Elizabeth Maureen Williams (20), whose body was found on Albert Park beach on December 28. Two witnesses said they had seen a strange man furtively leaving Albert Park beach about 2.30 a.m. on the 28th of December, 21 hours before the body of Miss Williams was found. Kerr was not the man they had seen.

Another defence witness was Kerr’s father, Donald Wallace Kerr, a Navy Department clerk. He said he saw his son in bed at 2.45 a.m. on the 28th of December. Cross-examined by the Crown Prosecutor (Mr. F. R.Nelson) John Kerr said that some extracts from his alleged confession. However when Mr. Nelson read extracts in which Kerr was alleged to have admitted that he killed Miss Williams, Kerr replied. ‘That’s a lot of rubbish.’ Kerr said he had told a psychiatrist. Dr. H. J. Stephens, of five incidents or emotional outbursts. He could remember details or only two of them. They was an argument he had with his mother one, and a fight in which he was Involved at Tocumwal (KS.W.) Railway Station.

Kerr was found guilty of murder, but the death sentence on Kerr was commuted to life imprisonment.