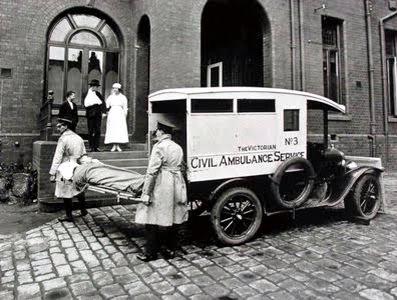 A men named Snaddoiu, a draper from Nottingham, UK, left his home on the 28th of December 1922, promising to return in a few hours. From that moment he disappeared completely, and all efforts to trace him were fruitless. On the 20th of September a Manchester, UK paper published a photograph of a man found in Melbourne, Australia who was reported to be suffering from loss of memory. By chance the newspaper came into the hands of the mans brother, who immediately recognised the portrait as his brother ‘s. Prior to his disappearance he suffered from shell shock, and lived happily with his wife, and two small children.