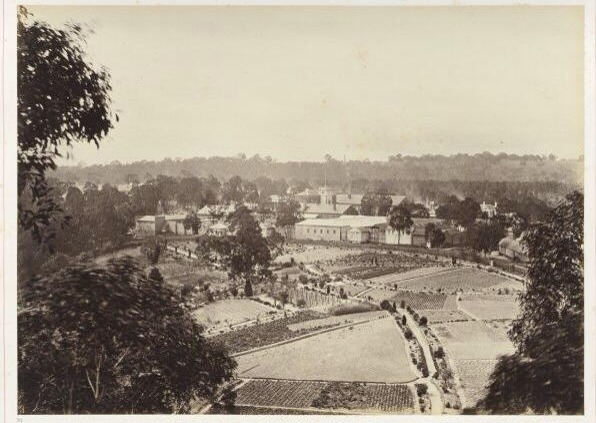 A horrible tragedy occurred at the Yarra Bend Lunatic Asylum on this day in 1888, which resulted in the death of a warder named Archibald Hunter, who was in charge of one of the cottages for idiots. Hunter it appears called into his bedroom one of the patients named Howard, a man about 40 years of age, who was in the habit of assisting to make the beds, and the door was locked after them. Howard left the room subsequently and locked the door after him, and as nothing was seen of Hunter it was ascertained through the window that he was lying in a pool of blood on the floor. The door was forced open, and the fact disclosed that there was a fearful gash on his head and six stabs about the body, of which two were fatal, one being caused by the passage of a knife through the lungs and another through the liver. All the wounds were of a desperate character, and would hardly have been caused by any one other than a madman. Hunter lived for about an hour and a half, but did not regain consciousness. An examination of the room showed that a potato masher, with which the wound on the head had been inflicted, and a large carving knife, covered with blood, had been thrown under the bed. Suspicion immediately fell on Howard, who is said to have had previous disagreements with Hunter, and an examination of his clothes disclosed the fact that they were covered with spots of blood. Howard is a quiet sleek man, and was classed as an idiot, but had a previous history, as he was a convict, having perpetrated a robbery, and was brought to the asylum for attempting to commit suicide. He is about medium size and not a powerful man, and the deed must have been done when Hunter was not looking. The deceased was a married man without a family, and had been in the asylum five years. He was an old soldier, and received a pension of a shilling a day. The authorities at the asylum are very reticent as to the facts pending the inquest.