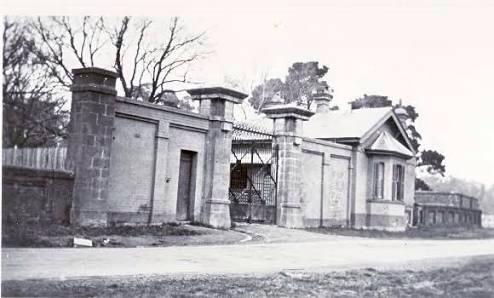 Joseph Howard, the lunatic charged with murdering Archibald Hunter, a warder at the Yarra Bend Asylum, on the 29th December, was placed in the dock at the Melbourne Criminal Court, before the Chief Justice. The jury found him to be insane, and His Honour ordered him to be remanded. Howard begged that he might not be sent back to the Yarra Bend, for the attendants had threatened to kill him within a month. He would go to Pentridge for life, or to any other asylum, but he would rather die than go back there, for they made him mad at Yarra Bend by starving him and putting him with the maddest lunatics. He had been starved and cruelly treated in the institution, and preferred to be in gaol amongst rational beings. The fact of his having been thrust among madmen had caused him to lose his mental balance at times, and if he were sent back it would be a living death to him. He would sooner suffer for his crime than return to the asylum. His Honour said his order had the effect of directing the prisoner to he kept in custody pending Her Majesty’s pleasure, and he could make no other. He had no doubt, however, that the officials would take note of what Howard had said.