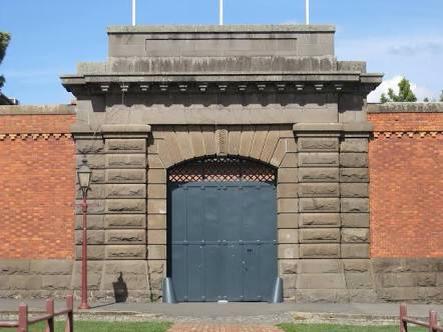 Three men escaped from Ballarat gaol at three o’clock on this day in 1949, by climbing through a smell window in the gaol kitchen. The inmates are James Bretherton, labourer, Leslie Francis Carson, Labourer, and Sydney William Best. It is believed that the men joined blankets together and scaled the rear wall of the gaol. The escape was first reported by three children, who saw the prisoners running from behind the gaol. At the time, the gaol was out of communication with the police station, because of a telephone fault. All available police in the Ballarat district are searching for the men, who are thought to be heading for Melbourne.