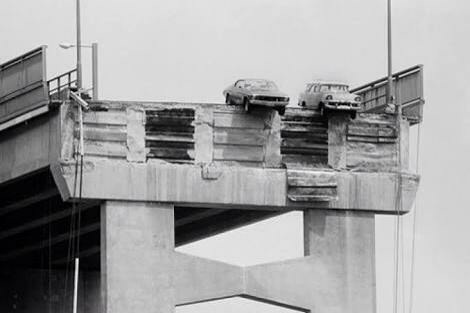 The Tasman Bridge disaster occurred on this day, 5 January 1975, in Hobart when a bulk ore carrier, Lake Illawarra, travelling up the Derwent River collided with several pylons of the Tasman Bridge, causing a large section of the bridge deck to collapse onto the ship and into the river below. Twelve people were killed, including seven crew on board the ship, and the five occupants of four cars which fell 45 m (150 feet) after driving off the bridge. The disaster severed the main link between Hobart and its eastern suburbs.