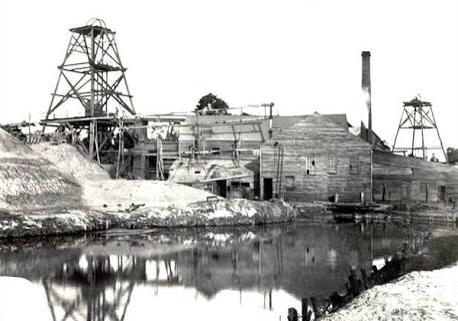 Andrew Vair was charged with having committed wilful murder on January 12, 1859, by shooting Amos Cheale at St Arnaud. John Smith, Mining manager said — On the 12th January, 1869, about 2 o’clock, I heard the report of a gun. Opened the door, and saw a woman running from the place where I heard the report. She said, ‘Smith run.’ Proceeded to the spot, which was up a hill 130 yards to the place on a tramway. Saw Cheale lying on the ground. He said, ‘Andrew Vair has shot me.’ He repeated it three times. He appeared to be in great pain. Ran into the bush to look for the prisoner, but could not see anybody. Then returned and assisted Cheale to Cadzonv’s house. Examined him, and found two holes perforated in his body. There were stain of blood on his clothes, and a pool of blood where he was lying. Agnes Hardingham deposed — Between 1 and 2 o’clock on the 12th January, 1869, was going from my house to Mr Smith’s. Heard the report of a gun. Ran towards the place. Saw a man running in the scrub towards Walkers claim away from me. He was a middle-aged man. Did not see his face. He had on dark trousers, dirty shirt, and a black wide awake hat. Could not say if he had anything in his hand. Was frightened, and returned a little way back. Heard a man cry out. ‘Oh.’ Then same voice cried out “Murder”. Then saw Smith come out of his house. Told Smith to run, and followed Smith found Cheale lying on the ground. Cheale said ‘Vair has shot me.’ Smith went for assistance, and I remained with Cheale. Cheale said to me, ‘When he cocked the gun I did not think he would do it. Vair met me on the tramway and said, ‘Are you prepared to meet this?’ Cheale, said, ‘I am not.’ Cadzow, mining manager, St Arnaud, said — On January 12, 1869, Cheale was at my house at about ten minutes past 1 o’clock. About two minutes after he left I heard the report of a gun. Heard Cheale cry out, ‘Murder.’ Ran towards the place where I heard the report. Found Cheale lying on his side resting on his elbow. He called me by name when I came in sight, and said. ‘Vair has shot me.’ He tried to rise but could not. Assisted to remove him to my house. He lived about half an hour. Have heard Vair threaten Cheale. William Slaughter said— I was employed on the 12th January, 1869, as coachdriver between St. ‘ Arnaud and Moonambool. Left St. Arnaud on the morning of the 15th about 3 o’clock. Know the Black Range. Met the prisoner there. He called out, and I stopped the coach. I said, ‘Good God, is that you, Andrew?’ He said. ‘It is.’ He asked if Cheale was dead. I said, ‘ Yes, and buried.’ Prisoner said, ‘It was his own fault , I gave him plenty of warning.’ Prisoner told me that he asked Cheale to make him some recompense for the injury he had done him. Cheale said, ‘No.’ Prisoner then told me that he said to Cheale, ‘Are you prepared to receive this?’ He then raised the gun in his hand, but took no aim. Prisoner told me that he saw Cheale sometime before, and asked him what he would do with a man that robbed him of all his property. Cheale said, ‘I would shoot him.’ Vair told me that he told Cheale that he would shoot him. He (Vair) told me that he had shot him, and that he was not sorry for what he had done. During nearly the whole of the trial the prisoner was smiling and noticing different faces, and on several occasions got nods in return.