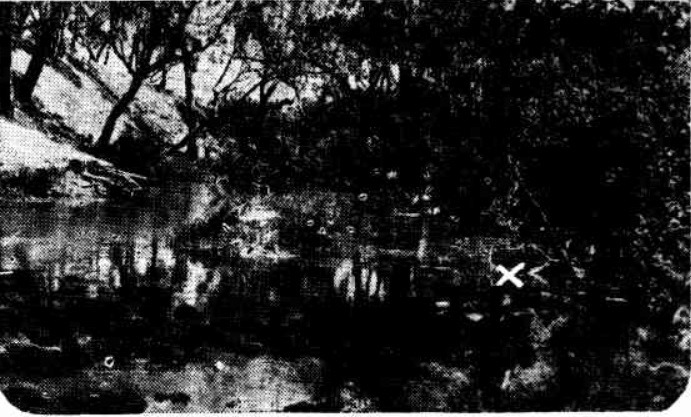 Floating face downwards in 4ft. of water, the body of James Albert Ross, aged 23 years, carpenter, of Tallarook, who disappeared in mysterious circumstances on the 11th of January, was found in Sugarloaf Creek on this day in 1935. There were two bullet wounds in the head, one behind his right ear, and the other nearer the forehead, and both his arms and legs were tied. His arms were weighted with a pfece of stone. After police had questioned several residents about the case they arrested at the Seymour police station Jeffrey Jones, aged 23 years, of Tallarook, and laid a charge of murder against him. Jones is a relative by marriage of the dead man.