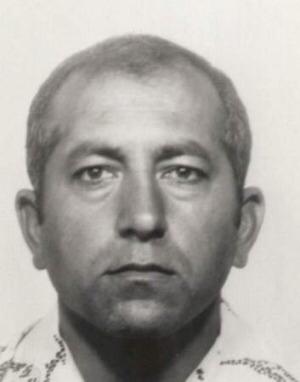 Fishermen discovered the body of Ali Riza Sonmez, 44, in the Darling River near Wentworth, on the NSW-Victorian border, on Australia Day in 1986. Police said there was no evidence Mr Sonmez had any underworld links. The father-of-four, a disabled pensioner from Mildura, had been shot above each eye and in the back of the head, as well as to his body. Police said Mr Sonmez left his family home in Mildura about 5pm on January 23, 1986, and was seen walking along the footpath of Ninth Street, past the Mobil service station and towards Deakin Avenue. About 6.30pm that day, another witness saw Mr Sonmez arguing with a man, who was in the company of two women, outside the post office on Commercial Street in Merbein. Photo of Ali Riza Sonmez