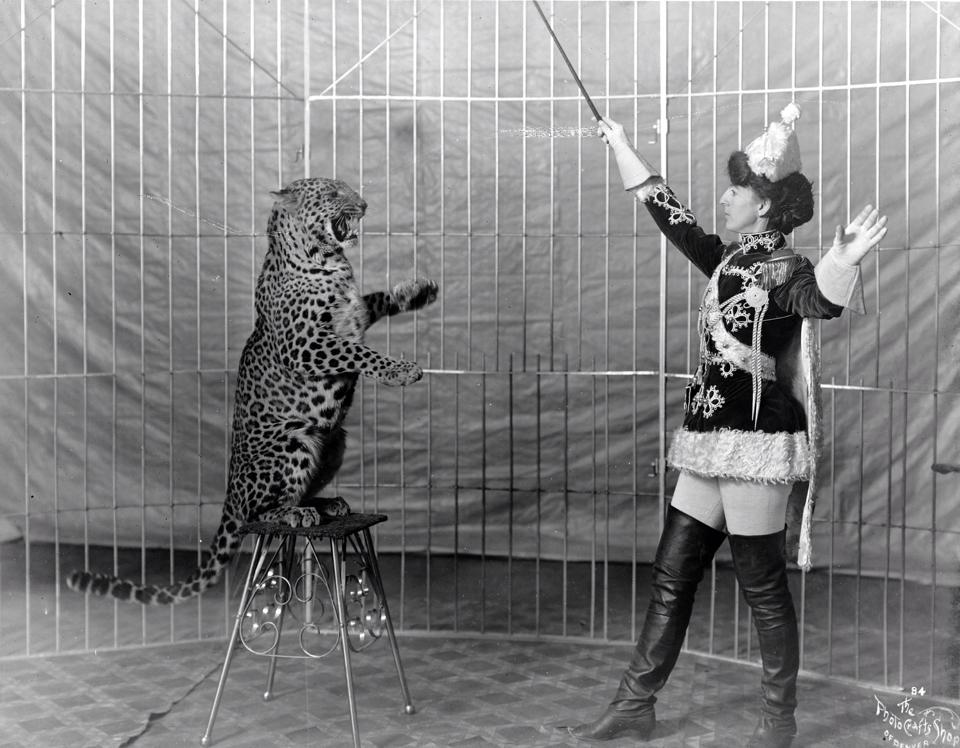 Two leopard cubs were born in the asphalt jungle of Melbourne on the 29th of January 1962, and D24 police car found itself with yet another brand of trouble. The cubs’ mother Sonja, owned by Ashtons Circus was being taken in a truck from Fawkner to the new location of the circus at Burnley. Driver Jim Bettison, 24, said later: “We knew the cubs were due but we decided to take the risk and move her with the rest of the circus to Burnley. But while we were travelling along Flinders street near the corner of Collins place I heard Sonja squeal. I got out and lifted the flap of her cage, and there were two cubs.” Jim decided not to move the truck as the noise could upset Sonja and he told police of his predicament. D-24 sent a patrol car to the circus at Burnley with a message for the head animal trainer, Captain F.W. Shulz, a veterinarian. Captain Shulz advised him to drive on to Burnley “very slowly”. “We’re keeping our fingers crossed” he said last night “Sonja has given birth to five sets of cubs – three each time – and all have died.”

Convict on the Run