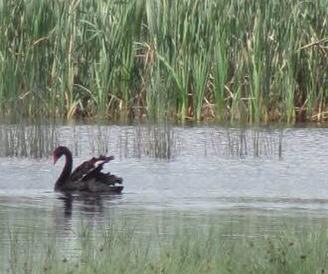 On this day in 1864 a lad was out on Lake Connewarre shooting ducks. He noticed something ahead of his boat, which he took to be swans, and he accordingly fired at the object. This turned out to be Mr. Butler, a farmer near the lakes, who, perceiving a flock of ducks ahead of him. had laid down in the boat, and was quietly paddling himself along, using his arms as paddles. He had on a white shirt, and it seems the lad had fancied that the regular movement of his arms was caused by the opening and closing of a swan’s wings. The greater portion of the charge took effect in the man’s head, but it is not serious.