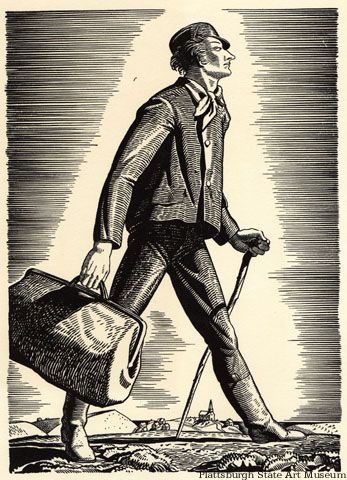 I don’t know whether this tale they tell of Michael Conlon is true, but I rather hope it is. Lured from the Otway by reports of gold finds in Western Australia in the early 1890’s, Conlon and two friends prospected arid country with indifferent success. After a couple of years Conlon fell ill, and, knowing he was dying, begged his friends to convey his remains back and bury them in the Otway. A couple of years passed before they were in a position to carry out their promise to their dead mate. Then they went down to Perth and took passage in the old Anglian. With them went Michael Conlon or his bones in a carpet bag. Arrived at Melbourne, they went to the Otway and buried the bones at the foot of the tree at the M.C. turn-off. As I say, I do not know whether the story is true, but that is how it was told on this day in 1935.