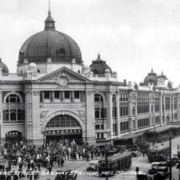 Chan Kwan aged 37, a Chinese, of Gore street, Fitzroy, was arrested on the 1st of February 1947, and charged with having committed murder in the Flinders street extension. He was located by a large team of detectives at premises in Little Smith street, Fitzroy. The police also arrested Chan Sin, 25, a half-caste Chinese and a native of Jamaica who was also involved in the murder. Young Shing, a Chinese was shot dead in a taxi in the Flinders street extension on the night of the 29th of January and Alfred Sydney Pack was seriously wounded. 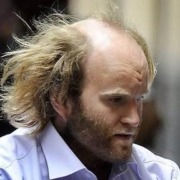 Arthur Phillip Freeman, threw his four-year-old daughter off Melbourne’s West Gate Bridge, on this day in 2009. A jury of five men and seven women, after five days of difficult deliberation, found that Freeman, 37, of Hawthorn, had consciously, voluntarily and intentionally tossed Darcey Iris Freeman to her death at 9.15am on January 29, 2009. Freeman remained motionless with his hands clasped as the jury foreman announced his fate following a two-week trial in Victoria’s Supreme Court. 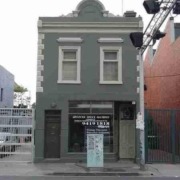 A Joel Teicher aged 26, appeared in the City Court charged with having murdered four people in Collingwood on this day in 1962. Teicher, a former storeman and packer, from Collingwood murdered Joseph Teicher, 61, income tax consultant and interpreter, his wife, Mrs. Assunta Teicher, 45, Lorenzo Picone, 20, son of Mrs. Teicher by a previous marriage, and Tervito Lo Presti, 17, a migrant girl boarder. The four were found shot dead in their house in Johnston Street. Each person shot five times. The charged man was Joseph Teicher’s son by a former marriage. Many migrants packed the City Court for the brief hearing. 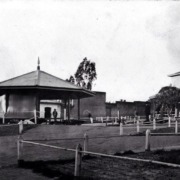 Joseph Hudson a Blacksmith at Stringers creek in Gippsland committed his brother Richard to the Mayday Hills Asylum on the 5th of November 1869, because he could no longer look after him. Hudson’s wife was in Pentridge at the time and had been for a while. Hudson escaped on the 7th February 1877, but was recaptured the following day. Hudson would escape once more on the January the 28th 1878, were he was at large or five days. 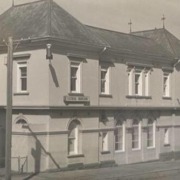 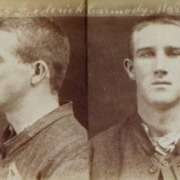 The Seymour Court was crowded when the five railway workmen were arrested for the murder of Arthur Ernest Lupton on this day in 1911. Patrick Carmody, Frederick Carmody, William Payne, William Armstrong, and John Henry Prout were charged at Wallan, for unlawfully and wilfully, and with malice aforethought, and murder Arthur Ernest Lupton. The men were remand to the Melbourne court. The court heard Colonel Campbell, roadmaster, and Mr. Bennie, paymaster of the Victorian Railways, visited Seymour this morning and paid off the four men who had previously been employed by the department at Wallan. The men left rather hurriedly without waiting for the money due to them. The coroner found that Lupton died from a fracture of the skull due to a blow on the head feloniously struck by Frederick Carmody, and with the aid, encouragement, and countenance of the four other men. Carmody was found guilty of manslaughter and sentenced to two years at Pentridge gaol. 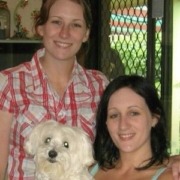 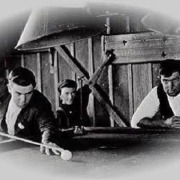 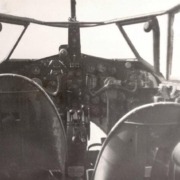 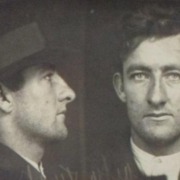 Martin Rueben Knopp, formerly a cook on the steamer Ashridge, was charged with having wilfully murdered Martin Sydney Richards (38) at Collingwood on January 28. The story told in court was that on the night in question Richards, who was in the habit of visiting Knopp’s house during Knopp’s absence, called at the place and after an argument put Knopp out of the house, which he then re-entered with Knopp’s wife and shut the door. Knopp later returned with a revolver. He threatened his wife, but she went on her knees to him and she then ran away. As Knopp entered the house several shots were heard. Later in the street Richards was picked up dead. Detective Harding read a statement made by Knopp in which he admitted having shot Richards. Knopp was found guilty and sentenced to be executed, however it was commuted to 11 years in gaol.

The Lion, from Mauritius, bound for Sydney, was passing. She has experienced rough weather and has lost her fore main top gallant and mizen top masts. 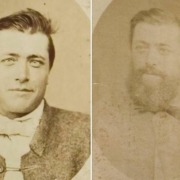 How easy history can be changed. On this day in 1868 a young Ned Kelly, his brothers and sisters, their mother and her sister were rescued from almost certain death in a house fire, which had been deliberately lit. The culprit was Ellen’s brother in law, James Kelly. Kelly was sentenced to death by Sir Redmond Barry. The sentence was commuted to ten years. James Kelly however would die in the Beechworth Lunatic Asylum.