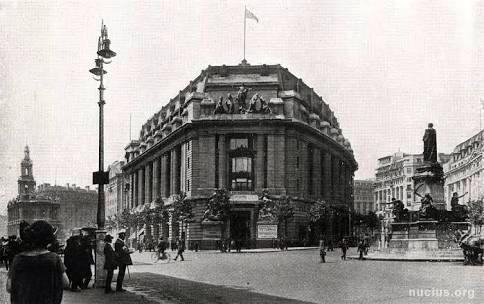 An extraordinary coincidence took place at Australian House in London on this day in 1934. Mr W Pannell, arrived from Australia, called into inquire about the whereabouts of his deaf and dumb brother, who was living in London. By coincidence, the brother arrived at Australia House at almost the same time, in a quest to locate his brother in Australia. He wrote down his inquiry, and was directed to the mail department, where his brother was also making inquiries. The brothers had not seen each other in twenty years and did not recognise each other. The deaf and dumb brother had left when the embassy clerk noticed the coincidence in names and told the remaining brother. He hurried out and the brothers were reunited on the stairs.