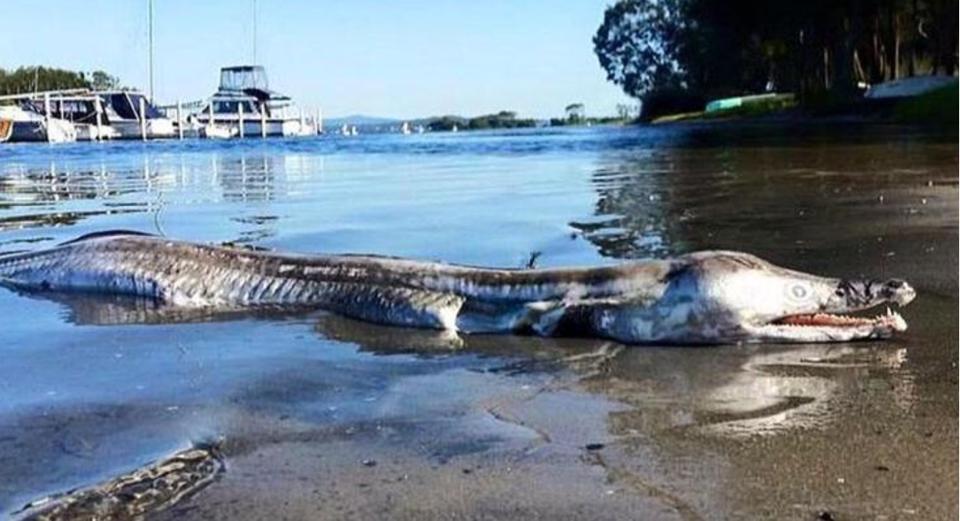 A sea creature, thought to be a giant pike eel, washed up on the banks of Lake Macquarie at Swansea, NSW on the 15th of February 2016. But is it a terrifying creature from the deep, or is the whole thing a bit fishy? Newcastle dad Ethan Tipper reportedly posted the photo to Facebook asking friends, “what the f—k is this?”, the Daily Telegraph reports. He had reportedly spotted the creature and taken the photo. The post has reportedly been shared more than 1000 times. Australian museum ichthyology manager Mark McGrouther told the newspaper it appeared to be a large pike eel. A NSW Fisheries spokesman from the Hunter region told 9news.com.au pike eels were known to grow quite large, but that he had not seen this particular specimen in the flesh. A spokeswoman for the Lake Macquarie Marine Rescue said she had heard of the news on the radio but also didn’t know of anyone who had actually seen the creature washed up on the banks.