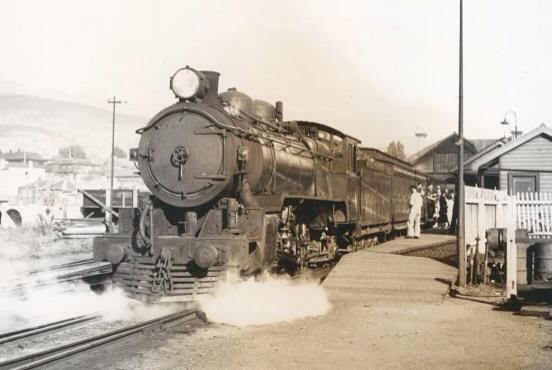 A sensational escape from custody occurred on this day in 1921. James Davis, committed for trial at Devonport, Tasmaina on the previous day on several charges or robbery, was being escorted to Launceston by train, with three prisoners. “When the train was passing the Launceston cricket ground, Davis took a header through an open window. The train was travelling at about 20 miles an hour, but, fortunately for himself, he landed on soft ground. After turning the bend, the train was pulled up, but when one of the escorting constables ran back, Davis was nowhere to be found.