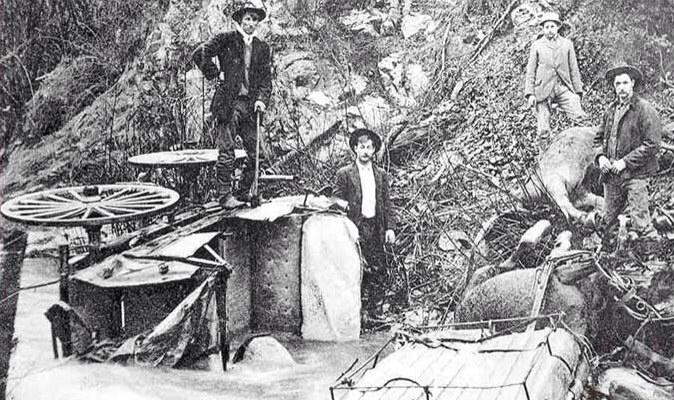 A shocking accident involving Mr. Hoyle, the coach driver, who died as the result of his injuries. At 4am on the morning of the 28th, the coach was preparing to star from Baddaginnie, North East Victoria, when the horses suddenly took fright and bolted. The driver Tommy Hoyle, in his effort to rein in the team, was dislodge from the box and was crushed under the wheels of the coach. Four passengers where thrown out in the accident, none were seriously injured. His funeral in Beechworth was well attended. The accident caused renewed agitation for the fitting to coaches of a safety bolt which could be withdrawn by the driver in an emergency, allowing the horses to become detached from the body of the coach so that it could be brought safety to a stop under brakes.

The Trial of the Geary’s
Scroll to top Book online now!