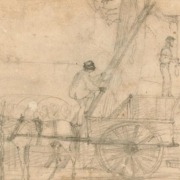 One of the first permanent structures erected in Australia was the gallows in Sydney Town. The first person to be executed was 17 year old James Barrett on this day in 1788, one month after settlement had been established. Barrett had stolen food because he was hungry, but he had been caught in the act. Justice was swift, he was charged, convicted and sentenced to hang on the same day. 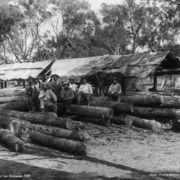 On the 27th of February 1945, Edward John Boreham, of Kenwood Court, Preston escaped from the Geelong Gaol with a fellow prisoner Kenneth William Radford. Boreham was killed in the bush near the timber mill, at Valley View, between Yarram and Morwell. Unaware that two fugitive soldiers were about, timber workers felled a tree on the hillside. Radford was not hurt, and was arrested when police arrived, Boreham was killed instantly. 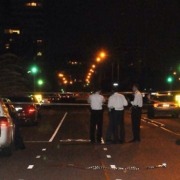 Former South Australian horse trainer Les Samba was shot dead in what appears to be a targeted attack, on this day in 2011. The 60-year-old was shot about 9.40pm on Beaconsfield Parade, in the suburb of Middle Park, after an argument with another man. Detective Inspector John Potter from the Homicide Squad says police believed Mr Samba had parked and locked his car, a 2010 silver Hyundai sedan, and set off to attend a meeting. He was seen running down Beaconsfield Parade near his car as he was shot several times in the body and head. Mr Samba was in Melbourne for the thoroughbred yearling sales. While he trained many winners, Samba, who lived in Sydney, also enjoyed much success as an owner. He raced Gorky Park, which won the Geelong Classic and ran second behind Efficient in the 2006 Victoria Derby. 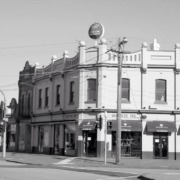 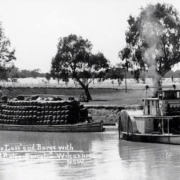 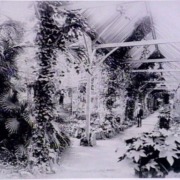 A warder who was in charge of five convicts, left the gaol on the 27th of February 1890, to escort the prisoners to the Botanical Gardens, where they were to work. When it became time to leave, the warden noticed that he was missing a prisoner. He decided that he would take the four remaining prisoners back to the gaol, he would then come return to the gardens and look for the escapee. The warden knowing that he was going to lose his job, for losing a prisoner, was worried. As they were leaving the missing prisoner run up to the group in a state of breathlessness, exclaiming ” I was awfully afraid 1 was left behind. I went to sleep behind a tree, and thought I would have awoke in time. So glad I caught you. Mother prisoner were taken back to the gaol.

William Stanley McHugh (25) was charged in the Geelong Court with having attempted to murder Edward Harris at a wedding breakfast of Ryrie street, Geelong, on the 26th of February. McHugh was remanded until the 8th of March. 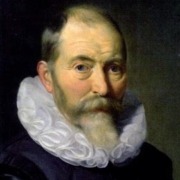 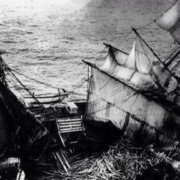 In the early 1870s, Australia was still in the grip of “gold fever”. Visitors to New Guinea had also sent back reports of gold being found on its southern coast, while geologists declared that New Guinea was prime prospecting country. With this in mind, the New Guinea Prospecting Association was formed in Sydney in 1871. Its purpose was to buy a ship to sail to New Guinea, settle along the coast and prospect their way to fortune. The brig ‘Maria’ was an ex coal-trading ship, old and possibly not suited to the purpose of such an extended journey as from Sydney to New Guinea. It departed Sydney Harbour on 25 January 1872 with many of the members of the Association on board. The ‘Maria’, which was found to leak, was unable to withstand a tropical storm which hit the brig off the coast of Queensland between February 17th and 25th. Pumps were insufficient to keep up with the water intake sustained by the vessel, and when the Barrier Reef was sighted, the captain made for it, knowing something of the bays and safe passages within. Despite his confidence, however, the ship ran aground on Bramble Reef on the morning of 26 February 1872. There were insufficient boats to carry the passengers ashore, especially after the captain deserted in one. Rafts were quickly constructed as it was evident the Maria was breaking up. Of the estimated 75 people on board, 35 people were killed, some by drowning and some by a hostile group of Aborigines. One of the survivors was Lawrence Hargrave, the Australian who would later become the inventor of the box kite. 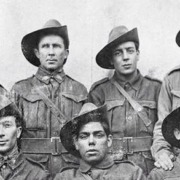 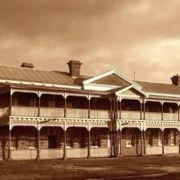 The inquest regarding the death of Sarah McLennan, of Kyneton, who died in the Kyneton Hospital on the 10th of March, as the result of brutal injuries inflicted on the 26th of February, was concluded. The jury found that Donald Kennedy, her brother, was guilty of murder.