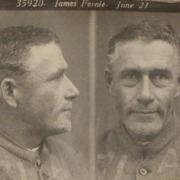 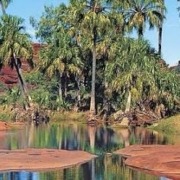 It is also generally accepted that the Dutch were disinclined to colonise Australia, and that the first European settlement occurred with the convicts, marines and officers of the First Fleet. This, however, is not entirely the case. The first prisoners in Australia were Dutch seamen Wouter Loos and Jan Pellegrimsz de Beye who were abandoned on the mainland for their part in the murders of the passengers of the wrecked ship ‘Batavia’ in June 1629. This was not the only time that Dutch made Australia their home. It is estimated that, between 1629 and 1727, around 300 Dutch passengers and crew linked to the Dutch East India company occupied parts of Western Australia as a result of the many shipwrecks which occurred off the coast of what was then known as “New Holland”. On 25 February 1834, English newspaper ‘The Leeds Mercury’ reported on the findings of a secret English expedition to Australia which had taken place in 1832. Led by Lieutenant Nixon, the expedition claimed to have discovered a settlement of several hundred Europeans who were descendants of Dutch survivors from shipwrecks between the mid 1600s and early 1700s, such as the Vergulde Draeck (1656), the Concordia (1708), the Zuytdorp (1712), and the Zeewijck (1727). The survivors were said to have established a colony some 1500 km from the coast, in central Australia’s Palm Valley. However, although Palm Valley exists as a desert oasis in the Red Centre, no evidence of, or artifacts from, such a colony have ever been located. 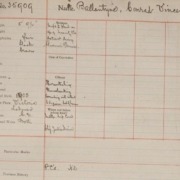 Conrad Vincent Ballantyne, a half caste, was charged before a bench of honorary justices at the City Court with having at Fumina on the 25th of February shot at Amy Beale with intent to commit murder and having shot at Edith Beale with intent to commit murder, also with having on the 27th of February, at Fumina, stolen a horse saddle, and bridle, valued at £20 the property of Walter Mitchell, by braking into his shop. He also stole goods and a bicycle of Frederick Mitchell. 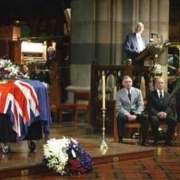 Sir Donald Bradman was awarded a knighthood in 1949 and a Companion of the Order of Australia, the country’s highest civil honour, in 1979. In 1996, he was inducted into the Australian Cricket Hall of Fame as one of the ten inaugural members. After his retirement, he remained heavily involved in cricket administration, serving as a selector for the national team for nearly 30 years. Sir Donald Bradman died on 25 February 2001. 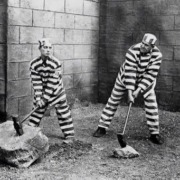 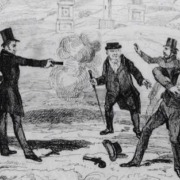 At the Brunswick Court on the 1st of March 1917, Stella Hines was presented on a charge of having murdered Eric McIntosh, at Glenlyon road, East Brunswick, on this day in February. The charge arose out of an alleged mock duel between the man and woman. Sergeant Evans explained that the Coroner had returned a verdict of manslaughter against Hines, and the murder change was withdrawn. 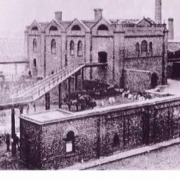 Enquiries made concerning the murder and suicide at Albert Park on this day in 1896, were not altogether successful in demonstrating a motive for the crime. Some additional facts were discovered, however, which tend to show that John Priestley was probably seriously involved in domestic troubles, and might by them have been driven to murder his child and kill himself. Priestley came from Adelaide to Melbourne about six years prior accompanied by a woman who joined him about the time of the disagreement with his wife. When he arrived here he had in his possession over £600. With this sum of money he entered into occupation of a free hotel at Carlton. Within two years he ran through all his money, and quarrelled with his female companion, who passed herself off as his wife. He sought, to shake her off, and suddenly and secretly left for Adelaide by sea. She learned of his intention somehow, and, taking the child with her, journeyed to Adelaide by express train, and was the same woman he saw as the boat reached the wharf. The quarrel was patched up, and they returned to Melbourne together. They quarrelled again, and Priestley finally deserted the woman. He went to South Melbourne and took service with the Gas Company. The woman remained in Carlton, where she was arrested on some minor charge. Priestley attended the Court when her case, came up for hearing. He undertook the care of their child, but refused to have anything to say to the woman. The child was the one he killed. 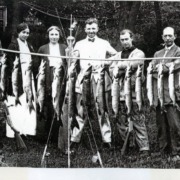 While fishing for Perch on the Upper Bellinger River near Thora in NSW, on this day in 1938, Mr. Targett accidentally caught a bat in mid air. He was holding up his line to see if his bait of cricket was still intact, when the bat swept down, grabbed the bait. The line ran though the started man’s fingers. By now amused, Targett reeled in his catch and found a large bat with a cricket and hook firmly in its mouth. 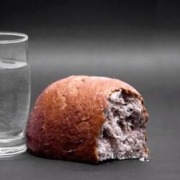 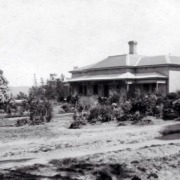 Benjamin Harvey an inmate who escaped from the Ararat Asylum, Victoria on the 24th of February 1908, dressed only in his’ shirt, was captured at an early hour of the 27th of February by Constables Wood and, Lovitt, of Ararat. On the run Harvey called at Mr. Delaney’s farm, and asked if he might sharpen some knives on the grindstone. Harvey explained that he had escaped from the Ballarat Gaol, where he had nearly killed a warder by kicking him. He also told them he knew that the police were pursuing him, but that he did not intend to be caught alive and would need his three butchers’ knives. Once Harvey left Mr. Delaney communicated with the police. Constables Wood and Lovitt went out, but Lovitt stayed near the house to protect Mrs. Delaney and her children. Mr. Delaney arranging that this should be done because he has a good knowledge of the locality, undertook to drive Constable Wood to were he believed Harvey was. At around 2am they found the man’s camp, but the man himself and some of his be longings had gone. However, thinking that Harvey had shifted some of his things, they watched, and in a few minutes he appeared with a knife in each hand. He swore he would kill anyone who tried to arrest him. Constable Wood drew his revolver, and giving his baton to Mr. Delaney, kept the man at bay. Harvey’s whose behaviour was most violent, lunged first at one, then at the other, and refused to listen to the command to thrown his knives down. At last Wood fired over his head, but this only added fire to the man’s fury and when Wood called on Delaney to rush the man and kill him, the Harvey threw the knives on the ground and allowed himself to be handcuffed. He was then brought back to the Ararat Asylum. 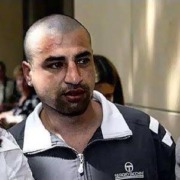 Damian Catania was the victim of a drive-by shooting about 6am on the 24th of February. Catania was waiting outside his home in Hoppers Crossing in Melbourne’s western suburbs for a regular lift to work when an early model white Commodore slowed as it cruised by. A gunman in the car, reputedly Andrew Veniamin, opened fire, hitting Catania at least four times in the legs and groin. Catania, a mid-level “player” in the underworld was an ex-boxer who had a string of minor convictions, mostly for violence. Catania almost lost a leg as a result of the shooting and spent 12 months in hospital recovering. Those in the car were never caught. On Monday 22 May 2006 Catania, then 30, was sentenced to a minimum of six years jail for pouring petrol over a man who had annoyed him and setting the victim alight, causing horrific burns. Not surprisingly, Catania told the court that on his eventual release from jail, he wanted to “pack up and travel out of Melbourne”. 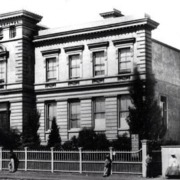 Mary Batty, 65, was arrested on a charge of murdering Doris Dee at Footscray on February 24. Dee died in the Women’s Hospital from alleged malpractice.