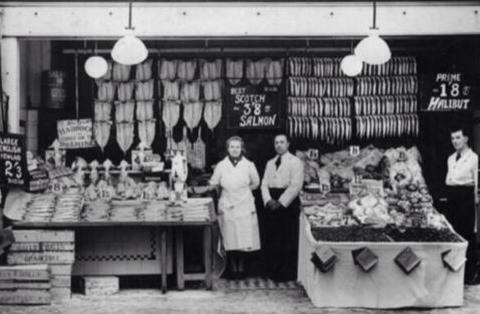 Arthur John Kotsiakos, aged 39, a Greek fishmonger, was found guilty of the murder of his wife, Josephine Elizabeth Mary Kotsiakos, on the 1st of March, in their home in North Melbourne at the conclusion of his trial at the Criminal Court. In passing sentence of death the Chief Justice, Sir William Irvine said that the jury had returned the only reasonable verdict on the evidence. Evidence was given that Kotsiakos, although divorced from his wife, had been living with her on account of the children. Two of the children, a boy, aged 10 1/2, and a younger girl, gave evidence that their parents had quarrelled on the night of the tragedy and they had heard the accused ask their mother “to make friends again.” When their mother replied in the negative the accused, they said, drew a revolver from his hip pocket and fired five shots at their mother. The children ran for the police, and when they returned their mother had the revolver clutched in her left hand as she lay on the stair way. Accused gave evidence that his wife attempted to shoot him and he closed with her. During the struggle which ensued, he said the revolver exploded and his wife fell dead. He said that his wife was keeping company with another man, and shortly before the tragedy he had accused her of that. She then intimated that she intended committing suicide. The jury returned to court shortly after retiring and announced the verdict of murder with a strong recommendation of mercy on the ground that Kotsiakos acted under an impulse.