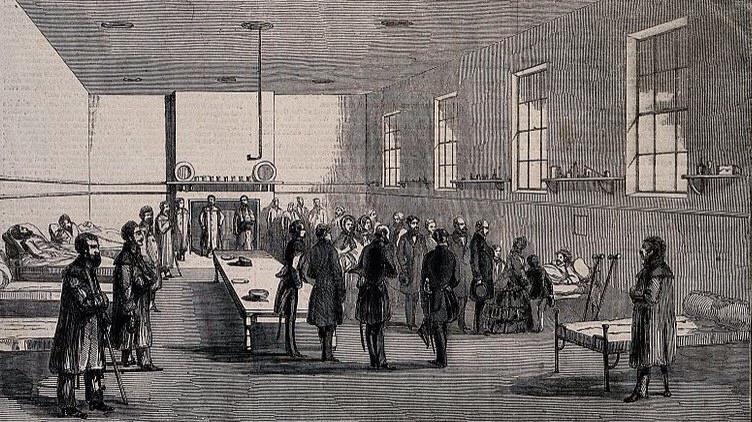 George Coward, colonial assistant surgeon, stated on this day in 1854, that he found the Geelong Gaol (known as Victoria’s Prison of the ill) had considerable difficulty in treating diseases, either mental or bodily, from the want of hospital accommodation. Prisoners, whether of sound or unsound mind, are mingled together, with few exceptions. In diseases of the mind, it is advisable for their proper treatment, that they should be kept separate and not exposed, as they are here, to contract with the prisoners that are daily entering and leaving many of those the most abandoned character. We have at present eight lunatics, two men and six women. We have but five private cells. There are two wards, 16 x 16. There are a number of other female prisoners besides, so that when turned out for exercise, they all meet together, the males only being separated. There is no ward here for diseased prisoners. The deceased, from the nature of her disease, was peculiarly offensive. I am in constant dread of some contagious disease arising in the gaols in this town, and which alone is prevented by the unremitting attention of the superintendent and his subordinates.