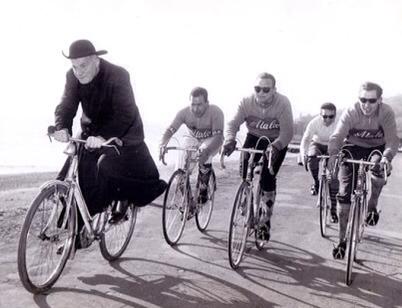 There was great excitement in Wodonga on this day in 1926 when the Rev. William Dawson the Congregational Minister, had been taken to Gaol in Beechworth. All over the matter of Principle….. The Rev. Had refused to pay a fine imposed on him by the court for riding his bicycle at night without a light, on the grounds that a council officer who was also without a light, was not similarly charged. His stay in gaol was brief. Within an hour, the Governor informed him that he was free to leave. Perhaps fearing the doors of the gaol may have been destroyed in an earthquake, or by some other manifestation of the heavenly wrath, someone had quietly paid his fine. He emerged from bondage still making unrepentant statements.