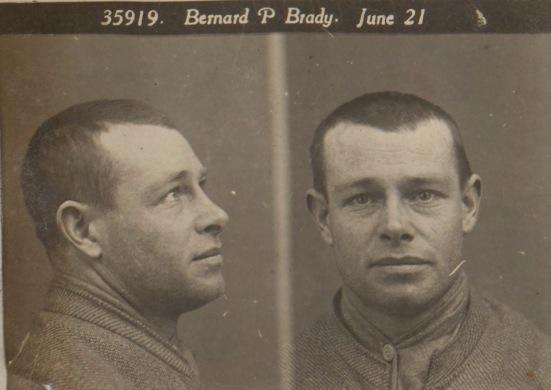 Francis William Wright, Bernard Patrick Brady, and John Henry Lawson, were charged with the murder of Jacob Borkheim, a pawnbroker, at High-street, Northcote, on the 9th of March 1921. After a retirement of two hours and 40 minutes the jury announced their findings on the murder count, all three men were found not guilty. On the alternative count, manslaughter, Lawson was found not guilty and Wright and Brady guilty. On Lawson being discharged, he remarked “Your Honor and gentlemen of the jury – I thank you.” He then turned to the two prisoners, and shook hands with them vigorously. Wright and Brady were remanded for sentence.