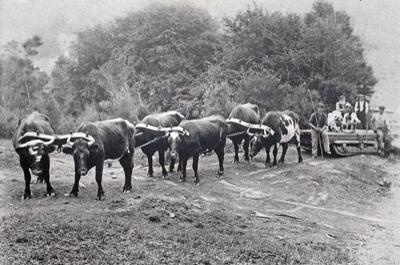 A sad accident happened on this day in 1899, to Mr Harry Smedley. Mr Smedley, who has been working for Mr Gillies, timber contractor, decided to go to Gippsland with the other employees of Mr Gillies. A number of men set out on a large wagon drawn by a team of bullocks and loaded with the various articles necessary for forming a camp. When the party was passing Coldstream Mr Smedley, by some means, fell under one of the wheels which partly passed over him, crushing him badly. He was taken with all speed to Lilydale, where it was found that the case was a serious one. His relatives were hastily summoned, and everything done to alleviate his suffering.