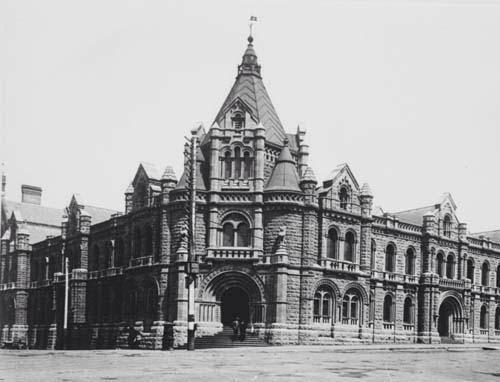 Norman Morris Searle aged 25, of Burnley, was found guilty in the Criminal Court of the murder of Senior Constable Frederick Jones on this day in 1943. The jury made a strong recommendation for mercy. The Chief Justice, Sir Frederick Mann, pronounced the death sentence, and told the jury that the rider would be sent to the Executive Council. The Crown alleged that Searle shot Jones in mistake for another constable, against whom he had a grudge for two years. The shot was fired from a rifle in taxi in which Searle was a passenger. In an unsworn statement from the dock. Searle said he had no intention of killing Jones or anyone else. He was sorry that Jones was dead. Two years ago he took to drink, and had been twice convicted for drunkenness. On the night of the 18th of March he was very drunk. He had a hazy recollection of collecting a rifle from a friend’s place and driving off in a taxi. He fired a shot out of the taxi, but with no idea of killing the policeman. His intention was merely to frighten him.

Killed on the Pier
Scroll to top Book online now!